Alan Hutton suggests that Celtic midfielder Tom Rogic may be looking at a move away from Parkhead after his lack of game time this season.

The former Rangers and Scotland defender, speaking exclusively to Football Insider assistant editor Russell Edge, insists that every player wants to feature regularly and that a move could be on the cards.

The 27-year-old has just nine starts under his belt for Neil Lennon this season, his latest coming in the surprise 3-1 defeat to Copenhagen at home in the Europa League.

Having always feared the Australian international as a Rangers fan, Hutton admits that his reduction in first-team action could see him look to leave Parkhead.

Hutton told Football Insider: “His game time has went down, you can’t get away from that. I still think he’s a quality player, I used to hate him playing against Rangers all the time because he’d do something.

“There’s no doubt his ability, it just depends how he feels. Everybody wants to play, I know how I felt, you want to play games always so if you’re not getting that game time maybe it is time to move on.

“They’ve got a lot of competition in those forward areas so that also makes it difficult. At big clubs there’s always going to be competition and it’s about what you do on the training pitch or when you get that chance you’ve got to take it.” 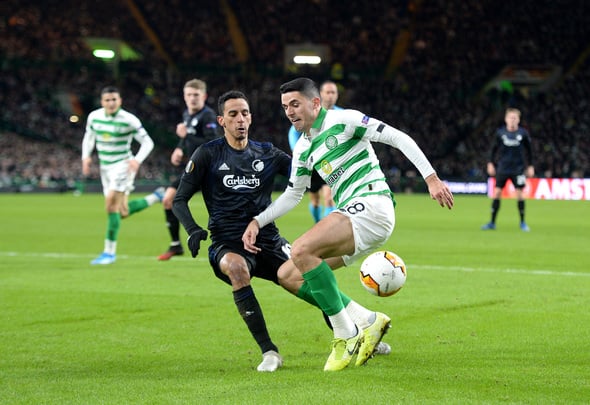 Rogic has a total of 186 appearances under his belt for the Bhoys, with 37 goals and 33 assists to his name.

However, less than half of his 19 outings this season have come among the starting XI.

In other Celtic news, Michael Brown has compared the Parkhead board to the one at Rangers.