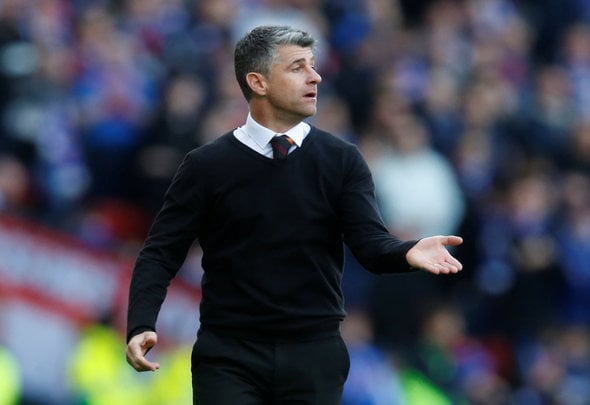 Motherwell manager Stephen Robinson has confirmed that Celtic’s bid for goalkeeper Trevor Carson was nowhere near what the Steelmen believe he is worth.
BBC Sport reported on their website that the Scottish Premiership leaders tabled a six-figure bid worth £200,000 for the 29-year-old.
Robinson has said that the offer from the Hoops was “miles away” from what Motherwell were prepared to accept for the Northern Irishman.
“I spoke to Brendan [on Monday] after he had the courtesy to ring me. We then passed it over to the money men, Alan Burrows and Peter Lawwell.
“They had a chat but realised our valuations were miles away from one another” Robinson said, as quoted by Sky Sports, who claim that the Steelmen are reportedly looking for £750,000 for the 29-year-old.
The Motherwell boss also admitted that losing such a key player to the club just before the closure of the transfer window would be a disaster.
“So it would have to be a very good bid for us to let Trevor go. But yeah, it would be the nightmare scenario if we had to let him go now.
“However, we always have things that we can do. Whether you can do that in 24 hours remains to be seen and hopefully we won’t have to do that.”
Carson impressed Hoops boss Brendan Rodgers in the trilogy of matches in a week between Celtic and Motherwell in December, which prompted the move for the goalkeeper.
Football Insider verdict
The chances of the Bhoys matching Motherwell’s valuation of Carson seem quite low. They will not be wanting to pay that much money for a player who could end up the third choice goalkeeper at the club by the end of the season. Of course, Motherwell are well within their rights to try and get as much money as possible for a player who could be the difference between them making the lucrative top six of the Scottish Premiership or not. If the Hoops are really determined to land the player, the clubs could well meet in the middle of their respected valuations, and perhaps a sum of around £500,000 would be enough to sign the player.
In other Celtic news, Moussa Dembele can get back on track with a good performance against Hearts
We’ve launched a << BREAKING NEWS FEED>> exclusively for your club. ‘Like Us’ on Facebook by clicking here if you want 24/7 updates on all Celtic breaking news.