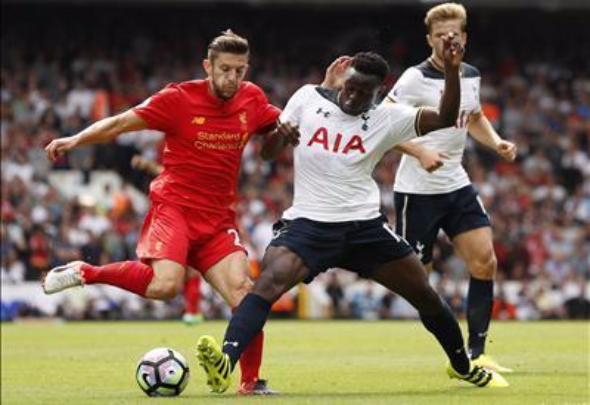 Victor Wanyama has revealed that Tottenham aren’t talking about winning the title and that the’re just looking to improve on last season’s position.

The north London club finished third in the Premier League during the last campaign, but they were still involved in a title race with Leicester heading into the final stages of the season.

A disappointing end to the season, which saw them suffer two losses and two draws in their final four fixtures saw their title aspirations leave, while also falling behind fierce rivals Arsenal to further add to the misery.

However, Wanyama, 25 has told that the club aren’t talking about winning the title after going close last season and that they’re just looking to progress.

“It’s easy to just say we can win the league, but it we work hard then anything is possible,” said Wanyama to November’s edition of FourFourTwo on page 70. “We don’t talk about the title as a target. Our target is to improve on last season’s position.”

The north London side are currently sat in second place and one point behind league leaders Manchester City.

They are the only club in the league to have remained unbeaten after seven fixtures and they face a tough test against Tony Pulis’ West Brom side after the international break.

The Midlands side were one team Tottenham were unable to beat last season, while former attacker Nacer Chadli is in top form after his summer move.

In other Tottenham news, fans reacted on Twitter after Kevin Wimmer’s display for Austria.