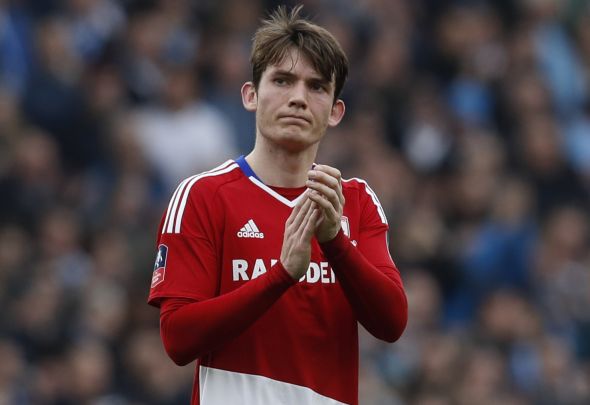 Middlesbrough midfielder Marten de Roon surprised many with a string of impressive performances in the Premier League last season, despite the Teesside club’s relegation.

Now, the 26-year-old could be on the lookout for a new club and West Ham must offer an instant return to the top flight in a bid to improve their chances of a top-six finish.

The Daily Mail claimed on their transfer news blog (Thursday, 4.21pm) that Serie A side Atalanta had tabled an offer of £8million plus add-ons for the highly-rated ace.

The two-time Holland international is likely to be keen on a move back to the Italian outfit, after moving to Middlesbrough last summer from Atalanta for a fee of £12million.

But West Ham must make a late move to sign the midfielder, after completing deals for Joe Hart, Pablo Zabaleta, Marko Arnautovic and Javier Hernandez.

Football Insider examines three ways de Roon can prove to be West Ham’s secret weapon in their aim of replicating the success of 2015-16, including how the former Heerenveen ace can offer something different to the Hammers side: