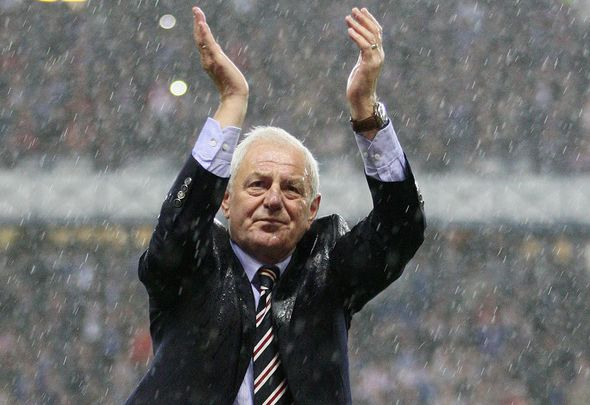 Rangers legend Walter Smith believes if the Light Blues win the Scottish Cup then it would represent “tangible progress” after years of struggling.

The Gers face bitter rivals Celtic in the Scottish Cup semi-finals at Hampden next month as they look to end a seven-year wait for a major trophy.

Smith admits the Hoops have been the better team recently but insists the Gers shouldn’t think they can come out on top against Brendan Rodgers side, in what will be a make-or-break moment.

“There have been a few games where it’s been close and other where Celtic have been clearly the better team. Nobody can argue with that but it shouldn’t prevent you from making it a close affair,” Smith said, as quoted by the Evening Times.

“Rangers have to catch Celtic and the hardest task they have is making up that ground.

“If Rangers were to win it, it would show some tangible progress if they reached the final and managed to win it.

“If Celtic win again, then they have been the favourites and Rangers will have to carry on accepting the challenge of trying to catch them up.”

The Gers looked like mounting a surprise title challenge this season before the recent Old Firm killed off any faint hope of pushing their city rivals all the way.

Smith was the last Gers boss to lift a major trophy when his side lifted the Scottish title in 2011 – with the Gers not lifting the Scottish Cup since 2009.

The Gers only win over Celtic since the Ibrox giants’ financial meltdown came in 2016 when they beat Ronny Deila’s side in the 2016 Scottish Cup semi-final at Hampden.

Lifting the Scottish Cup would be a watershed moment for the Light Blues and would give their fans something much-needed to cheer about. Lifting the trophy would also put an end to Celtic’s hopes of a historic back-to-back domestic treble which would no doubt be a relief to Gers fans. Simply beating Celtic and getting that monkey off their back would be a huge step forward for the Gers before the end of the season and give them a little more confidence that they can mount a sustained title challenge next season.