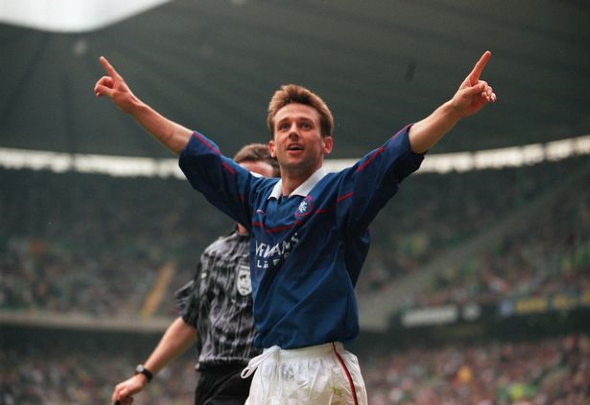 Alan Hutton claims that Glen Kamara can transform into a true star for Rangers.

Speaking exclusively to Football Insider assistant editor Russell Edge, the former Gers defender believes the 24-year-old has so much more to offer than he has managed to show at Ibrox.

The former Dundee man has been used primarily as a holding midfielder by Gerrard this season and has managed to score just twice in his 64 appearances for the club, the latest of which came in last night’s 4-0 thrashing of Willem II.

Hutton believes that Kamara has the ability to play in a more advanced role, as he does for Finland, but that Gerrard’s tactics are stifling the midfielder’s talents.

Hutton told Football Insider: “I mean, in my opinion, I think he can do a lot more. Speaking to other people who have had him…Neil McCann, who has actually worked with him, he believes he can do more.

“When he’s on the international scene he’s probably one of their bigger players, he’s looked at to go and do the extra so I would like to see him do that, I think he can be a little bit wasted.

“Steven Gerrard, after listening to him, he likes midfielders who can do different things – yes, he can play a number eight but he can be a number six, a sitter, he can do all the different jobs and that’s what Gerrard likes.

“It’s one of them, it just depends on what formation and what he’s looking for. I think he’s got it in the locker to do a lot more, I would like to see him do that, I even think he could get on the scoresheet every once in a while.

“That’s the type of player Gerrard’s looking for but he might see him as a holding midfielder and that’s where he’s going to play him. It is what it is.”