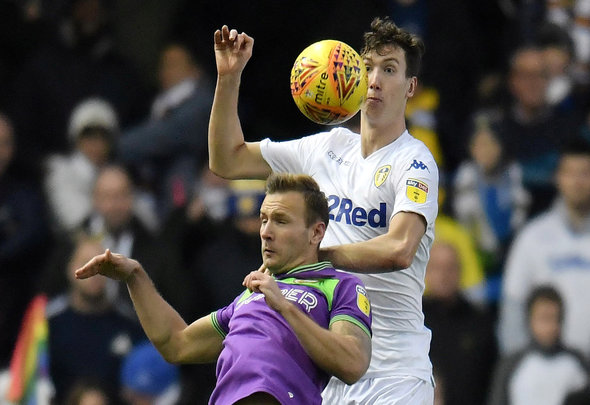 Noel Whelan says that Ben White will fill the boots of Aapo Halme at Leed United as he predicts yet more centre back arrivals at the club.

Speaking exclusively to Football Insider, the former Elland Road striker suggested that the 21-year-old loanee, signed from Brighton on a temporary deal, will replace Halme as backup to the starting XI after the Finnish defender’s departure to Barnsley.

Leeds confirmed on Wednesday 3 July that the 6ft 5in giant [Transfermarkt] had left the club to join the Tykes in a permanent move, having made five first-team appearances amid a handful of unused substitute outings.

Revealing he thinks that White’s arrival paved the way for Halme to leave Elland Road, Whelan also predicted that there could be multiple centre back arrivals before the summer transfer window is over.

Speaking to Football Insider, Whelan said: “I think after the arrival of Ben White into Leeds there was a space there that needed to be vacated and I think Halme, not getting much opportunity last season, very rarely called upon, probably needed to leave to further his career.

“We’ve gone elsewhere to get a loan defender with a bit more quality and a bit more experience. Yeah, I think (White is a direct replacement). We’re not sure what is happening at the minute with Pontus but he might be one of a couple centre back additions.

“We’ll need to watch this space.”

While Halme only played four times in the Championship under Marcelo Bielsa, starting once, he featured on the bench a further 10 times.

White meanwhile spent the second half of last season on loan at Peterborough United, making 16 appearances for the League One side.

In the latest Leeds United news, it can be REVEALED that a £6million-valued Elland Road ace has been given just a few days to find a new club.