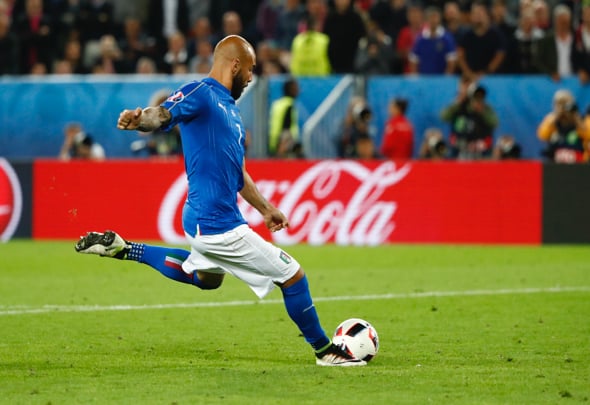 The Italian striker joined West Ham from Juventus this summer on a season-long loan, and forming an early relationship with creative midfielder Noble could prove crucial to his success in the upcoming season.

The deal cost Slaven Bilic £5million and includes the option to make the move permanent at the end of the season for a further £20million.

Zaza, who joined the east London outfit just 24 hours before the closure of the summer transfer window, looks in good form as he waits for his club debut.

Bilic’s new striker will be hoping for a starting place against Watford on September 10 and fans will be keen to see him in action after a disappointing start to the season.

West Ham have only picked up three points in their first three games, and been dumped out of the Europa League.

New recruit Zaza arrives at West Ham with bags of experience and after injuries to Andy Carroll and fellow new recruit Andre Ayew, the forward will be under pressure to produce goals from the off.

Zaza has 14 Italy caps and scored eight goals in 24 appearances in all competitions during the 2015/16 campaign.

In the latest West Ham team news, Sullivan has revealed the decision that has been made on Michail Antonio.