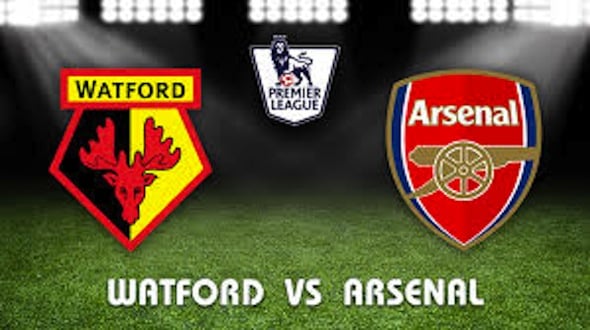 While punters await the QPR-mirroring demise that a horde of new signings lacking Premier League experience was destined to bring about, Watford hum along nicely in mid-table.
In total, 13 players committed their long-term future to the Hertfordshire stable this summer, with a further three pledging their allegiance for the season, though it’s possible the fresh face in the manager’s chair has been of far greater importance to their stellar start than any recently-recruited player.
Quique Sanchez Flores used to move the magnets on the tactics boards belonging to Valencia, Benfica and Ateltico Madrid in the past, winning a few trophies along the way.
Clearly a capable helmsman, the Spaniard’s seasonal remit is to keep Watford in the Premier League and his prospects of achieving that aim are enhanced by the formidable backline he has promptly fashioned.
One goal scored at home tells all about how their own attacking inhibitions have been abandoned in favour of shutting down the opposition and this ploy has paid dividends.
Only one Vicarage Road visitor has registered so far this season, which promises an arduous evening for Arsenal.
After a shaky start, the Gunners have stabilised their Premier League form, winning four of five ahead of this one, though they have Alexis Sanchez to thank for this.
The Chilean livewire has rediscovered his scoring boots in recent weeks, notching five in his previous pair of top-flight outings.
Exhausted from international excursions and nursing a hip injury, however, Watford can expect to face Sanchez when he’s not at his sharpest, enormously augmenting their chances of frustrating their forthcoming foes.
Win, Lose or Draw?
Arsenal are looking to cut apart a defence tougher than Kevlar-fused rhino hide with their most lethal weapon severely blunted; this result of this one is unlikely to reflect the odds.
Subtract Sanchez’s strikes and those erroneously registered by members of the opposition from the Gunners’ Premier League haul and they’d be just six to the good from eight games thus far.
This notable plunge in attacking output when the former Barcelona star isn’t at his best is terrible news ahead of a trip to a venue where the inhabitants have conceded once in four – and that a penalty – this season.
The same safety-first style that has yielded three home clean sheets already will certainly be deployed once more, even if it does promise an easier afternoon for the Arsenal defence.
Recommended bet: Draw @ 31/10
Over/Under
No other Premier League combination has produced more games under the 2.5-goal threshold than Watford and Arsenal, who boast 11 between them.
A whopping 75% of the Hornets’ eight outings have contained two goals or fewer, which is also true of five of their opponents’ octet.
Recommended bet: Under 2.5 goals @ 11/10
Who’s going to score?
No player in English football has more goals than Watford’s Nigerian striker Odion Ighalo, who registered 21 times since the turn of the year.
Four of these have come in the top tier, accounting for 80% of the Hornets’ league tally so far.
Despite this, he is deemed less likely to score a goal here than the likes of infrequent net rustlers Mesut Ozil, Alex Oxlade-Chamberlain and Joel Campbell.
Recommended bet: Odion Ighalo to score any time @ 2/1
Left-field flutter
Each of the two goals scored at Vicarage Road this season came beyond the half-time.
The onion bag has been rippled more frequently yon side of the break in each of Arsenal’s last five road games too.
Recommended bet: More goals in the second half @ 23/20
Get a free £30 bet and the best odds by clicking here
This article was kindly provided by News.Bwin.com