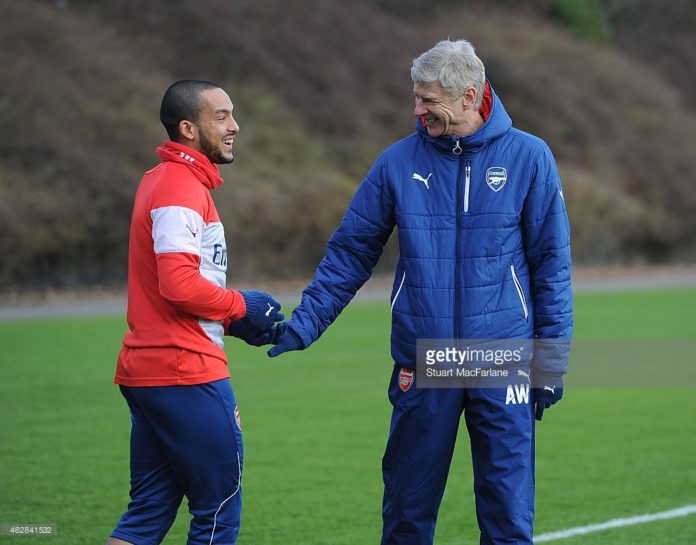 Arsene Wenger has tipped Theo Walcott to return to the England side after his good form this season.

Walcott, 27, has scored five goals in seven games this term, including a clinical brace against Basel in the Champions League on Wednesday evening.

The pacy forwards return to goal-scoring form has seen calls from supporters and pundits for his international credentials to be re-assessed.

The former Southampton star was dropped from the England squad this summer for the European Championships in France.

The trip ultimately ended in embarrassment for the Three Lions as they crashed out to Iceland.

England’s national side has been rocked by further controversy this week after Sam Allardyce was sacked as England boss following an undercover sting operation into corruption in football.

Former England Under-21 boss Southgate will take helm while a full-time replacement is found.

Walcott has scored 94 goals in 375 career matches in club football but has only found the net on eight occasions for his national side.

The attacking maestro will now be hoping his rich vein of form can earn him a call-up for England’s World Cup qualifier against Malta on Saturday 8th October.

In other Arsenal news, Gunners fans were delighted on Twitter with winger Walcott after his performance against Basel on Wednesday evening.