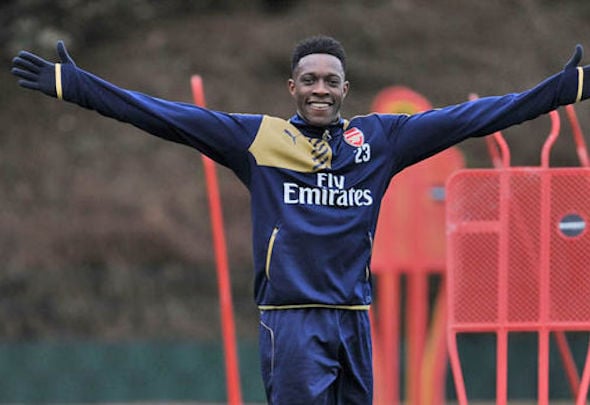 Arsenal trio Jack Wilshere, Santi Cazorla and Danny Welbeck will return from injury in a matter of “weeks”, Arsene Wenger revealed on Thursday.

Welbeck is the closest to a return of the long-term absentees and could even feature in next week’s FA Cup fifth-round clash against Hull.

Cazorla and Wilshere are both back running as they step up their recoveries and are in line to return to the team within the next month.

Meanwhile, Arsenal have no new injury concerns ahead of Sunday’s mouthwatering showdown against league leaders Leicester at Emirates Stadium.

Ahead of Sunday’s game against Leicester, Wenger said: “It is a similar squad available to last week, we are still early in the week but we should have everyone available.

“Of course Rosicky [is out], and Wilshere is not ready. But everyone else should be available.”

Spaniard Cazorla has been absent since suffering knee ligament damage in the 1-1 draw at Norwich on 29 November 29, while Wilshere and Welbeck have not kicked a ball for the team all season.

Speaking to the Arsenal website on Thursday afternoon, Wenger gave an optimistic bulletin on their rehabilitations.

He said: “Welbeck is doing well, it is a bit early for him maybe but he is now back to full power in training. It is a big possibility [he could be involved against Hull next week].

“We gave him one or two days recovery after the under-21 game, but now he is back in full training. He has worked very hard and he is fit.

“Cazorla and Wilshere re back running, they are on a fitness programme now so it means it is not a question of months anymore, it is a question of weeks for them to be back.”