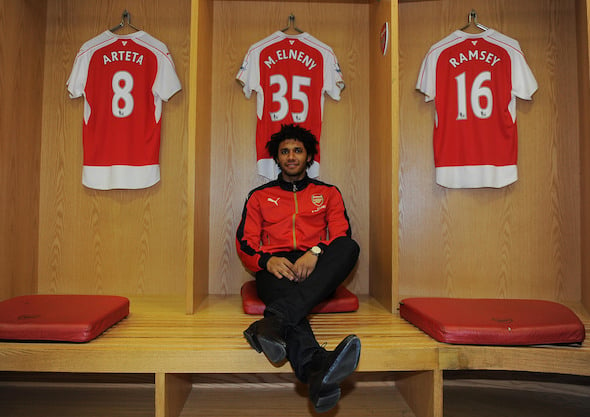 The January signing is to be handed his third consecutive start in central midfield after making a sound impression in the early days of his Gunners career.

Elneny was paired with Francis Coquelin in Arsenal’s 2-2 Premier League draw against Tottenham last Saturday before playing alongside Mathieu Flamini in the 4-0 triumph at Hull.

Wenger is convinced that Elneny is starting to adapt to English football after initially being overlooked following his transfer from Basle in the winter window.

“Elneny looks like he is ready to play,” the manager said at his media briefing on Friday afternoon. “He can cope in midfield.”

In other Arsenal team news, Wenger revealed that, as revealed by Football Insider on Wednesday afternoon, Aaron Ramsey is set for a lengthy spell on the sidelines.

Asked if the midfielder could be out for the rest of the season with the thigh injury he sustained at Hull, Wenger said: “I don’t think that. The clinical signs are quite positive. I would say four weeks.”