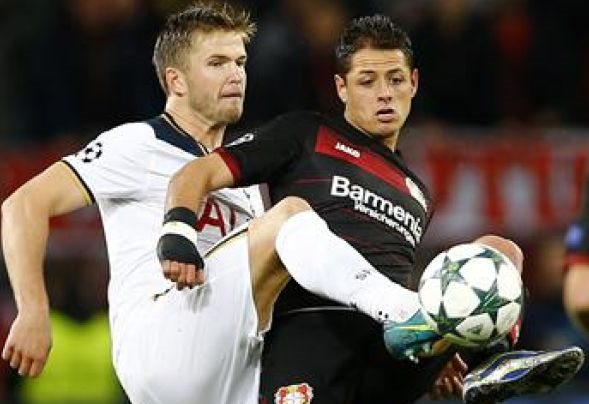 West Ham have agreed on a contract with Bayer Leverkusen striker Javier Hernandez, according to a report.

German publication Bild have reported on their website that a deal between the Hammers and and the 29-year-old has been agreed.

However, there also remains one obstacle and it is said that Leverkusen want at least £17.6million for the forward, rather than the £14.1million offered by the east Londoners.

A £3million increase would certainly be payable by the Premier League side and it looks as though Slaven Bilic’s side are close to announcing a new forward after already being linked with many so far this summer.

The former Manchester United forward has entered the final year of his contract at Bayer Leverkusen after joining in the summer of 2015 for £7.3million and he could now be set for a move after scoring 39 times in 78 matches in total for the Bundesliga outfit.

Last time Hernandez was in the Premier League he helped the Red Devils to two league titles with 59 goals in 158 matches in all competitions for the Old Trafford giants and he will now be hoping for similar success if he joins West Ham.

A new striker is absolutely vital for West Ham this summer given that usual wide man Michail Antonio finished as the club’s top scorer in the last campaign with just nine goals in all competitions. Hernandez’ record would certainly show that he has the ability to add the much needed power to the Hammers team too and therefore it is imperative that the club’s chiefs offer Leverkusen the money needed to secure the signature of the Mexico goal machine, who has bagged 48 goals in 96 international matches.

In other West Ham transfer news, this international is ready to leave the Hammers this summer.