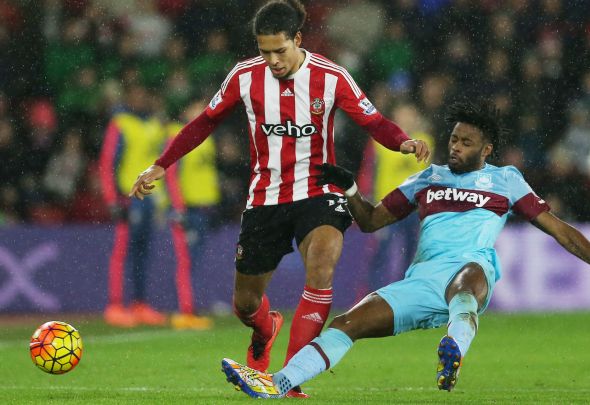 West Ham have told Barcelona they don’t want to sign midfielder Alex Song on a permanent deal, according to a report.

Song has spent the last two seasons on loan in East London but only featured sporadically this season.

Spanish football website Fichajes claim the Cameroon midfielder is surplus to requirements at Barcelona and West Ham but Valencia are interested in making a move.

However, it is said that Barcelona have slapped a £7.9million price tag on the former Arsenal midfielder.

Valencia are only willing to stump up around £3.9million for a player who has suffered mixed fortunes in recent years.

Song, 27, played just 12 times in the league for West Ham this season and did not figure at all in the final month of the campaign. By contrast, in his first season he played 28 matches and was integral to the team.

West Ham finished seventh in the Premier League this season and will play in the Europa League.

Manager Slaven Bilic is making steady progress as he builds his squad for next season, with Football Insider reporting on Wednesday that the Hammers have secured the services of Sofiane Feghouli.

Bilic is also chasing the signature of winger Gokhan Tore from his former club Besiktas.

In other West Ham news, four clubs are chasing the signature of their 27-year-old defender.