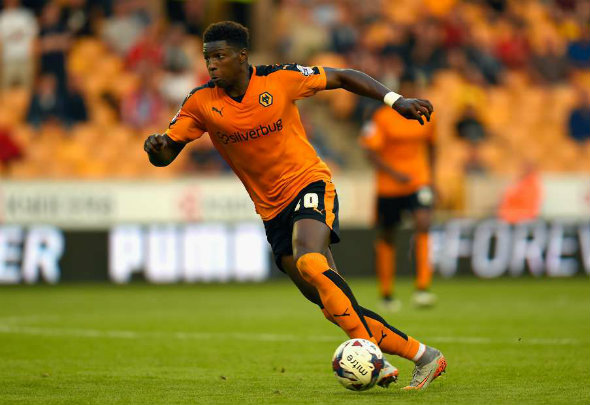 West Ham are lining up a January swoop for Wolves’ highly-rated defender Dom Iorfa, according to a report.

The 21-year-old has been excellent for the Midlands giants this season, despite their poor form in England’s second tier which has seen them fail to win in nine games.

The Mirror claim that West Ham manager Slaven Bilic is keen to land Iorfa in the winter window.

It is said that Southampton and Crystal Palace are also keeping tabs on the England Under-21’s international, who can play at centre-back and right-back.

The report states that an up-front fee of £5million is enough to sign Wolves’ number 21, with add ons to be included based on appearances and future international recognition.

Despite his tender age, Iorfa has already made 85 senior appearances for Wolves as he continues to star in Paul Lambert’s side despite a change in manager.

Iorfa, who has also had a loan spell with Shrewsbury Town during his short career, has made 17 league and cup appearances this season.

With Wolves sitting in 21st place and only outside of the relegation places on goal difference, Iorfa could be tempted to leave to avoid having to endure the suffering of a relegation battle.

However, Wolves could be tempted to keep their academy product as the youngster still has three years remaining on his Molineux deal.

Struggling West Ham are desperate to bring in a defender, as they continue to struggle at the bottom of the Premier League.

With Sam Byram sidelined and Alvaro Arbeloa turning 34 in January, Iorfa could be brought in to solve Slaven Bilic’s right-back problem.

The signing of Wolves’ number 21 would be a good one for Bilic and West Ham, who are desperate to bring in defensive reinforcements as their injury woes at the back continue. However, with Lambert’s side struggling to keep clean sheets in the Championship, Iorfa’s stock has reduced and he may not be the best option out there for the Hammers after contributing to only four clean sheets this season. With a fee of £5million that could significantly rise in the future based on add-ons, former Besiktas and Croatia manager Bilic should make sure that they are getting value for their money before going ahead with the deal for the versatile defender.

In other West Ham transfer news, this £18m-rated target is also on Bilic’s shortlist.