West Ham confirmed Sead Haksabanovic as their fifth summer signing on Monday – and the Irons supporters gave a rather mixed reaction on Twitter.

The Hammers announced on their official Twitter account and official website that the 18-year-old attacker had penned a long-term five-year deal at the London Stadium after completing his move from Swedish side Halmstads BK for an undisclosed fee.

Our fifth signing of the Summer! 👌#WelcomeSeadhttps://t.co/ajeGO1fJb1

Haksabanovic became the second youngest player in Swedish top-flight history when he made his Halmstads debut in 2015 and has ever since held down a spot in their senior squad.

The former Sweden youth international scored five goals in 22 appearances across all competitions last season, and even earned his maiden cap for Montenegro in June.

Haksabanovic appears to have been a rather unknown name to most of the West Ham supporters, who will be hoping that their new attacking talent can come good and reach his potential in the future.

One supporter even said that he believes the teenager is “better than” Man United’s Marcus Rashford.

Oohh shall I join in and pretend I know who he is too?

too everyone saying "oh a no name kid again" did you knew who lanzini was when we signed him? Or obiang or kouyate…

Another young talent out on loan to Peterborough for the season then!

Good that we are going for young talent

In other West Ham news, the Hammers are set to miss out on the signing of this international midfielder to one of their Premier League rivals.

‘All the talent in the world’ – Exclusive: Pundit reacts to big West Ham transfer development 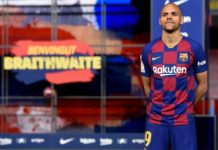 Revealed: The truth about West Ham being in reported talks to sign Braithwaite