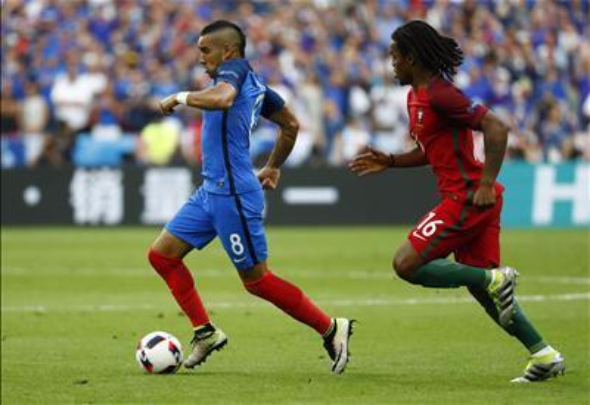 West Ham fans celebrated on Twitter after star midfielder Dimitri Payet scored for his country during France’s 3-1 victory over Bulgaria on Friday evening.

The attacker put his country back in front after Bulgaria took an early lead in the first 10 minutes.

Kevin Gameiro equalised for the Euro 2016 hosts before Payet’s goal on the 26th minute and Antoine Griezmann extended his country’s lead.

The 29-year-old West Ham ace picked up the ball from out wide before delivering a cross, which somehow found it’s way past Vladislav Stoyanov in goal.

Hammers fans were delighted on social media with their star scoring another goal in a bleak start to the season for the east London club.

when I hear "Payet's too good for West Ham" pic.twitter.com/Yc64wuwl9d

Payet moved to east London for a fee of £10.7million from French side Marseille in the summer of 2015.

He starred in his first season for the Hammers, where he was named in the PFA Team of the Year as well as being named the club’s player the year.

West Ham have started the new season in poor form, but Payet has still managed four assists and two goals in six encounters in the new campaign.

In other West Ham team news, Reece Oxford has revealed he is hoping to emulate former Hammers defender Rio Ferdinand during his career.