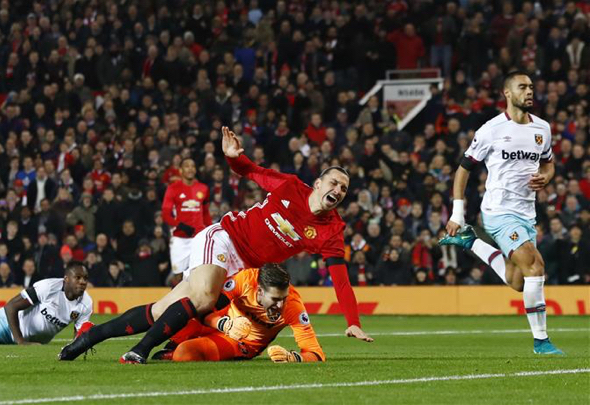 West Ham fans have taken to Twitter to celebrate amid speculation that Slavan Bilic is set to recall goalkeeper Adrian to the starting XI for their home clash against Everton.

Club insider Ex-WHU employee reported on Twitter on Friday that the 30-year-old goalkeeper will make his first appearance for the Hammers since their 5-0 defeat at home to Manchester City in the FA Cup in Janaury.

Bilic is considering starting Adrian on Saturday. The first-team have set up in training with him in goal this week.

It is said by the account that the Spanish keeper has been used in training in preparation for the Premier League fixture at London Stadium.

He will replace Darren Randolph, who was at fault for Fabio Borini’s 90th minute equaliser in his side’s 2-2 draw against Sunderland at the Stadium of Light.

Adrian started the season as the Hammers’ first choice goalkeeper, but lost his place early in November to 29-year-old Randolph after a disappointing series of performances, including an error in his last league game against Stoke back in November.

However, it appears that Slavan Bilic is ready to make a U-turn on his decision with just five games remaining for the Hammers in this campaign as they look to consolidate their season.

Fans have taken to social media to back their manager’s decision and celebrate the return of a player who has played a key role for the club over the last couple of seasons.

Great news, he is better than Randolph

Sweet music to my ears

I can't see what other sensible option there is.

About time , should have been in goal for Sunderland game

He deserves his chance to repair his previous mishaps this season

Has to be done. Too many bloopers time and again from Randolph. Costs us

Would be so good to see Adrian come back tomorrow, he loves the club, gets on the back of the defence & his passion is great. Love him

In other West Ham news,manager Slavan Bilic has given an injury update on the club’s star defender.