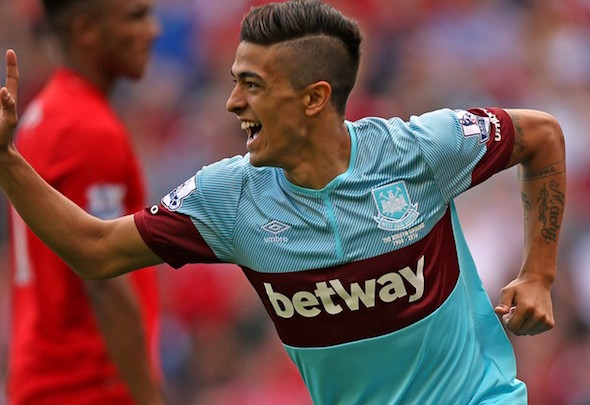 Manuel Lanzini could be back playing before the end of January, Slaven Bilic revealed on Thursday morning.

The Argentine midfielder damaged his groin in West Ham’s 2-0 win over Liverpool on Saturday and chairman David Gold claimed afterwards that the player would be out for four to six weeks.

But manager Bilic delivered a more optimistic verdict at his media briefing on Thursday.

“Lanzini suffered the same injury as before, hopefully it will only be a few weeks,” Bilic said. “We all want him back as soon as possible, he orchestrated the game against Liverpool. It looks like two or three weeks.”

The Argentine limped out of the Premier League clash last Saturday at the 37-minute mark following a delightful individual contribution to the Hammers’ early dominant display.

We will know more about Manuel’s injury after the scan on Monday but it could be 4/6 weeks. He was superb today. dg https://t.co/ktip4Y2PJi

Lanzini will miss the Hammers’ FA Cup tie against Wolves on Saturday but the hope of Bilic and his staff is that the attacking midfielder could be involved in one of the club’s Premier League fixtures this month against Bournemouth, Newcastle and Manchester City.

West Ham are sixth in the Premier League table at the midway point of the season after clinching a rare home-and-away double over Liverpool.