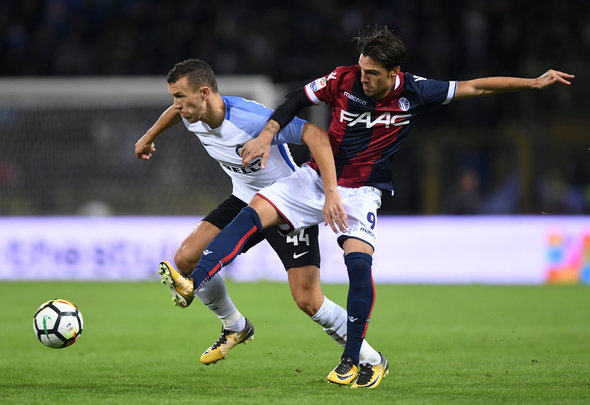 West Ham deployed one of their scouts to keep close tabs on Bologna attacker Simone Verdi when his side faced Inter Milan in Serie A on Tuesday night, according to a report.

It was Verdi, 25, who stole the show on Tuesday night though, as the one-time Italy international scored his first goal of the season in what was an impressive 1-1 draw for his side against Inter.

The winger has been in good form for Bologna ever since he signed for them last summer, scoring a total of seven goals and supplying six assists in 35 appearances even though he has had to deal with a serious knee injury in that time.

The former AC Milan ace earned his first and only cap for Italy in March due to his impressive form.

West Ham have struggled to reinforce their full-back positions in recent seasons and have perhaps set their sights on Masina, 23, as someone who could potentially solves their woes on the left side.

The former Italy Under-21 international featured for 90 minutes against Inter on Tuesday night and has been a regular first-team feature in the Bologna squad.

Although the transfer window has only just closed it seems that West Ham are already planning for January by scouting this exciting duo. Verdi would be a good addition to the Irons squad but he is perhaps something that the Hammers already have in abundance on the wing. The London club needs to look at improving their defensive force in January after they failed to sign William Carvalho in the summer. Although he is a holding midfielder, a new centre-back is what Slaven Bilic needs most and neither Verdi or Masina fit that category. However Masina is a decent left-back, but it is doubtful that he is an improvement on Arthur Masuaku or Aaron Cresswell.

In other West Ham news, Paul Merson has predicted the Hammers’ clash with Tottenham.