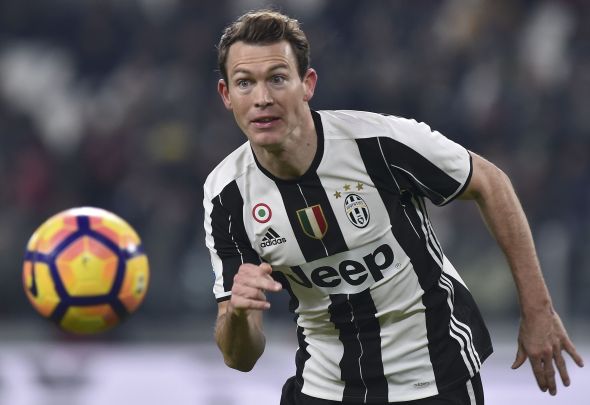 West Ham made their interest known in Juventus defender Stephan Lichtsteiner on Saturday but face a fight to land the right-back, according to a report.

Italian publication Il Bianco Nero claim the 33-year-old is high on the agenda of the Premier League side, but Serie A champions Juventus are determined to keep a hold of their man.

It is said in Saturday’s report that the Hammers made a move for the veteran defender “in the last hours”.

Lichtsteiner, who moved to Juventus in 2011 and has since won the Italian league title on five separate occasions, has fallen down the Bianconeri pecking order.

Lichtstiener has made just 15 Serie A starts this season, and could be tempted to move to east London with less than 18 months remaining on his current contract.

However, Hammers boss Slaven Bilic will have to do some convincing if he is to tempt Juventus into selling the veteran, with Lichtsteiner still viewed as an important member of the squad.

Since moving to Juventus back in the summer of 2011 from Lazio, the number 26 has made 217 league and cup appearances and even scored 15 times from the right side of defence.

The Hammers must solve their right-back woes in the summer. This season, Bilic has used Michail Antonio, Havard Nordtveit and Cheikhou Kouyate all out of position at right-back, as Sam Byram and Alvaro Arbeloa continue to remain sidelined with injuries. Arbeloa, a summer signing from Real Madrid, is in the dying embers of his 12-month contract and has not done enough to earn a new deal at the London Stadium. With Byram’s form a cause for concern, bringing Lichtsteiner to east London would be a huge coup and provide trophy-winning experience in Bilic’s side. However, Bilic must remain cautious if he is to move for Lichtsteiner, with his wages likely to be large and his ability could be deteriorating as he continues to grow older.

In other West Ham transfer news, the Hammers have been handed a huge boost in the pursuit of this £15million-rated striker.