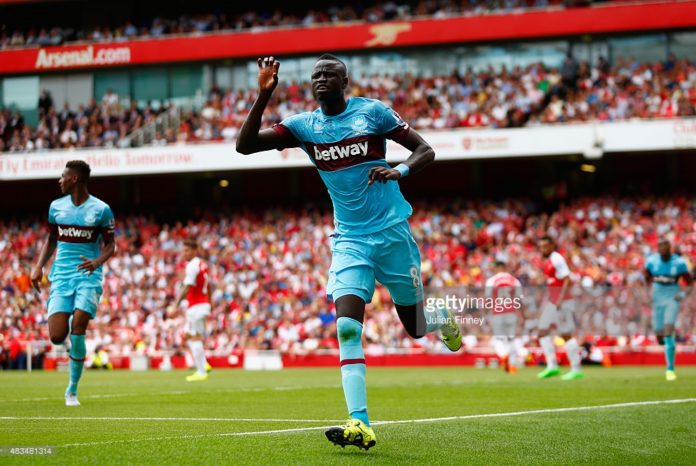 West Ham will be missing defender Cheikhou Kouyate at the start of the upcoming season after he suffered a “freak injury” during pre-season training.

The defensive midfielder, who played an important role in the club’s campaign last season, faces at least a month on the sidelines with a knee injury, with manager Slaven Bilic confirming he will be missing the opening couple of games.

The Serbian manager’s side are currently in Austria for a pre-season training camp, with Kouyate said to have been ruled out of action during one of the first couple of sessions.

Bilic told the Mirror: “Cheikhou got injured in one of our early training sessions and it was out of nothing.

“He did his knee and he is going to miss the first few games of the season. It was a freak injury.”

Fans will be relieved to hear that the injury does not require surgery, and is not considered to be serious, but it will still come as a big blow to the Hammers, especially considering that fellow midfielders Mark Noble and Pedro Obiang are also out of action.

It is the first time the 27-year-old enforcer has suffered a knee injury in his career, although he has been ruled out as a result of a groin injury on two separate occasions for the East London side.

The 36-time-capped Senegal international made 36 appearances across all competitions for the club last season, scoring four times on the way to a 11th placed finish in the Premier League.

He joined the club in the summer of 2014 from Belgian side Anderlecht, and has gone on to establish himself as first team star, making 115 appearances in both league and cup competitions.

In other West Ham news, co-director David Gold has spoke about the chances of securing this international.