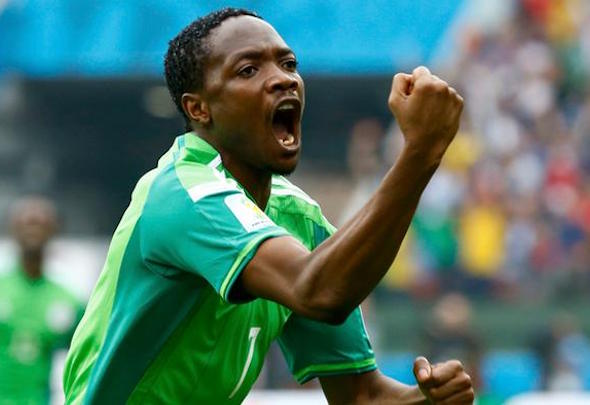 Slaven Bilic has been dealt a bitter blow in the race for CSKA Moscow striker Ahmed Musa after his agent declared that he won’t be moving to East London.

In what appeared to be a two horse race, the Hammers were fighting Champions Leicester for the Nigerian’s signature.

But according to the 23-year-old’s agent, Musa will not be playing at the Olympic Stadium next season and has opted for another Premier League club, believed to be the Foxes.

The agent of Ahmed Musa has denied reports he's joined West Ham. Tony Harris: "Finalising talks with a Premier Lge club but it's not #WHUFC"

The striker has had his best season of five in Russia this term, firing 17 goals in all competitions to help CSKA win their sixth Russian Premier League and his third.

At only 23, Musa has already notched up 58 Nigerian caps and has Champions League experience as well as an African Cup winners medal.

West Ham have publicly declared their intention of spending big on new striking talent this summer.

However the club have lost out on a number of targets, with Chelsea winning the race to sign Marseille striker Michy Batshuayi, while Crystal Palace are in pole position to land Christian Benteke. Meanwhile, Callum Wilson has signed a new Bournemouth contract.

Bilic has had some success in the transfer market. Winger Sofiane Feghouli and midfield anchorman Havard Nordtveit have joined on free transfers.

In other West Ham news, Bilic is facing a tough fight with French Champions PSG over this Belgian star.