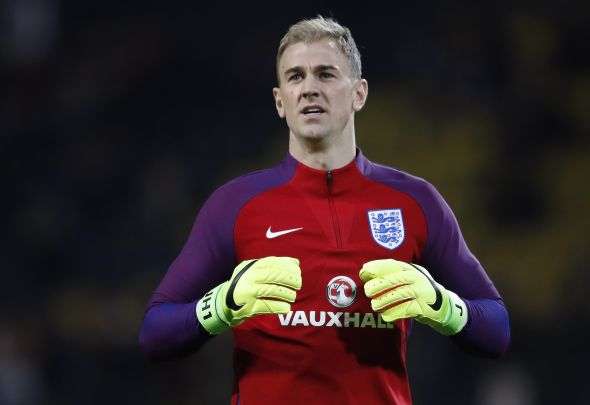 Joe Hart and Pablo Zabaleta have been named in West Ham’s starting XI to face Manchester City in a friendly match in Iceland.

Both players will start against their former club during Friday’s historic ‘Super Match’ as it will be the first ever fixture to be played in Iceland between two English Premier League teams.

Zabaleta, 32, joined the Hammers at the beginning of the summer window on a free transfer following a nine year spell with the Manchester giants.

30-year-old Hart will also face his parent club on Friday while on loan with the London outfit, after he was deemed surplus to requirements and fell further in Pep Guardiola’s pecking order.

Between the two of them they have made nearly 700 appearances for City.

Another new recruit named in the starting line-up is Marko Arnautovic, after Slaven Bilic secured him from Stoke City.

The team to take on @ManCity in #Iceland! ⚒️🇮🇸#COYI pic.twitter.com/VBnSxV8UDF

Bilic’s squad selection looks to have been tricky following a number of injuries and suspensions among the players.

Winston Reid was unavailable for the match after he was sent-off in Hamburg on Tuesday evening, while injuries prevented players such as Manuel Lanzini, Cheikhou Kouyate, Aaron Cresswell, Michail Antonio, Andy Carroll, Sofiane Feghouli and Diafra Sakho from venturing out to Iceland.

The Hammers begin their Premier League campaign next Sunday and they face a tough opening match against giants Manchester United away at Old Trafford.

In other West Ham news, this midfielder signs a new three-year-deal at the club.