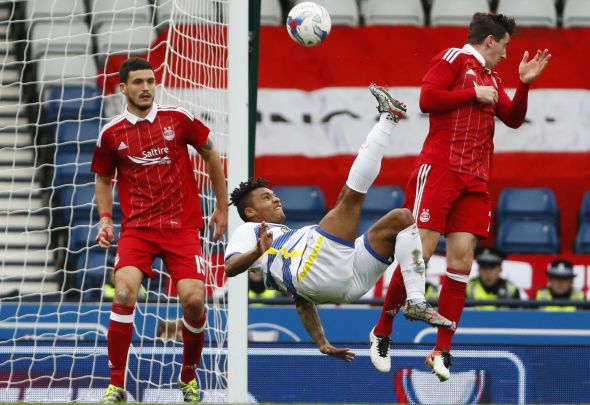 West Ham are one of three Premier League clubs interested in signing Morton’s goalscoring winger Jay Quitongo, according to a report.

The 19-year-old has excelled this season, after scoring six goals from out wide in 17 league and cup appearances for the Scottish Championship side.

The Daily Mail claim the winger impressed in front of Hammers scouts in the semi final of the Betfred Cup on Saturday as Morton lost 2-0 to Aberdeen.

The report also states that Quitongo, who was part of Aberdeen’s youth academy before moving to Morton, is interesting West Ham’s Premier League counterparts Crystal Palace and Swansea.

It’s believed that Doncaster had a bid of £100,000 rejected for the highly-rated teenager in the summer, while Wigan, Brighton and Preston have all expressed their desire to bring Quitongo to England.

Morton are desperate to keep their prized asset, but may be forced to allow him to leave.

Quitongo is allowed to talk to non-Scottish clubs from January 1 of next year as his contract expires in the summer of 2017.

The winger is the son of former Hamilton, St. Mirren, Kilmarnock and Partick winger Jose Quitongo, who played for an astounding 20 differnent clubs in Scotland, England, Sweden and Portugal.

In other West Ham transfer news, Slaven Bilic has given this verdict on his struggling loan star.