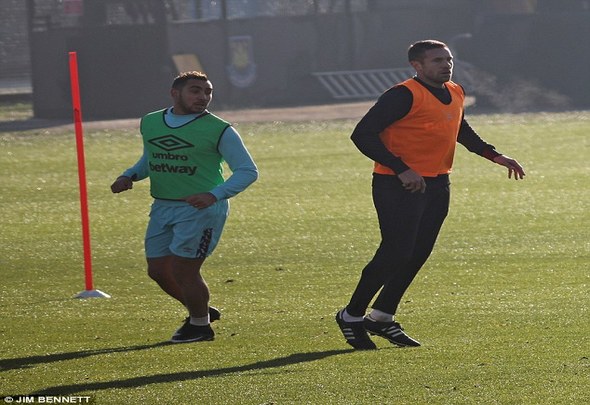 Marseille have given up their bid to sign Dimitri Payet from West Ham this month, according to a report.

Sky Sports claim on their website that the Ligue 1 club have “abandoned plans” to prise the France international from the London Stadium during this window.

It is said that Marseille chiefs “believe it will be too difficult” to bring Payet back to the Stade Velodrome with just 10 days of the window remaining “and are now looking at other targets”.

The two clubs have held extensive talks over the last week about a deal after it emerged that the 29-year-old had effectively gone on strike to force a transfer to the club he left in the summer of 2015 to move to West Ham.

The Telegraph reported that Marseille have tabled two mega bids for Payet, with the second amounting to £22million.

But the two clubs did not reach an agreement amid claims that the London club are holding out for a £40million fee for one of the stars of Euro 2016.

West Ham tied the Frenchman down to a new contract last year that runs until the summer of 2021 and is worth £125,000-a-week.

With negotiations between the Premier League and French club ongoing, Payet has been ordered by the West Ham coaching staff to train separately from the first team and has been undertaking sessions with the development squad in recent days.

The free-kick specialist has been omitted from the West Ham team for their last two matches, an FA Cup drubbing at the hands of Manchester City and a 3-0 Premier League win against London rivals Crystal Palace.

This could well be brinkmanship from Marseille. West Ham chiefs have appeared to suggest there is no way back for Payet, while the players have frozen him out and reportedly deleted him from the squad WhatsApp group. It would appear inevitable that Payet leaves the club this month. If not Marseille or China, could there be a third option for the brilliant playmaker?