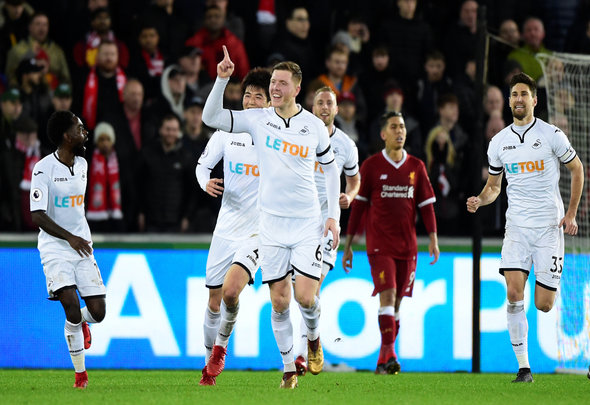 West Ham have seen bids for Swansea City pair Alfie Mawson and Lukasz Fabianski both rejected, according to a report.

Wales Online claims that defender Mawson and goalkeeper Fabianski are expected to leave the Liberty Stadium this summer after Swansea’s relegation from the Premier League.

However, it is understood that West Ham’s offers were below par and the Swans are not willing to let either of them go on the cheap.

West Ham’s major weakness this season has been in defence and manager Manuel Pellegrini surely has to bolster his options during the summer. English centre-back Mawson is certainly someone who would fit in well with the London Stadium and the Hammers should consider increasing their bid to sign him. The 24-year-old is extremely comfortable in possession and has proven he can be a real standout in the Premier League. Meanwhile, goalkeeper Fabianski is also someone that would be a strong fit for West Ham and be stiff competition for Adrian in-between the sticks. The 33-year-old was one of the best performers in a struggling Swansea team this season and is a brilliant shot-stopper with bags of experience. It might seem odd for West Ham to try pick up players from relegated teams, but the Swans pair were unfortunately for them just not surrounded by enough good players in the end.