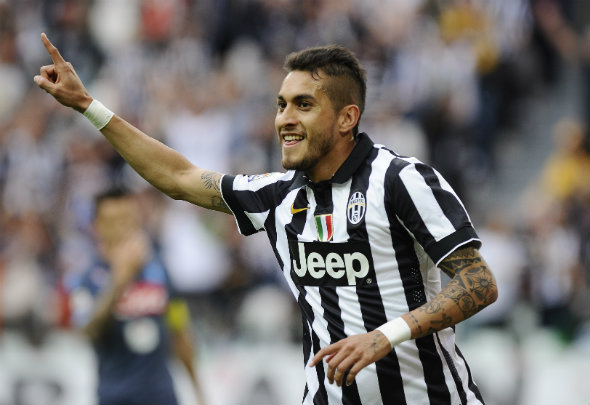 West Ham are set to renew their interest in Argentina international midfielder Roberto Pereyra, according to a report.

The Hammers cooled on the Serie A champion after Russian giants Zenit St. Petersburg had met Juventus’ asking price, according to Tuttosport.

However, that deal failed to come to fruition and Italian publication Gazzetta Dello Sport now claim West Ham are interested in tabling a fresh bid for Pereyra, 25.

It is said that the east London side are gathering information for a dossier on the player, who is valued at £16.9million by Juventus.

Pereyra was limited to just 16 appearances in all competitions last season due to injury and poor form.

The former River Plate star missed out on a spot in Argentine’s Copa America squad after initially making the preliminary squad but being knocked out of the final 23-man squad.

It was believed that Pereyra is happy at the club and would resist any move from Juventus to usher him out the door, as the number 37 is willing to fight for his place.

The Hammers have been active in the transfer market so far, bringing in international stars Gokhan Tore, Havard Nordtveit and Sofiane Feghouli as Bilic looks to bolster his ranks as the East London side prepare for a European campaign.

In other West Ham transfer news, manager Slaven Bilic has revealed a change in strategy as he looks to add a striker to his squad.