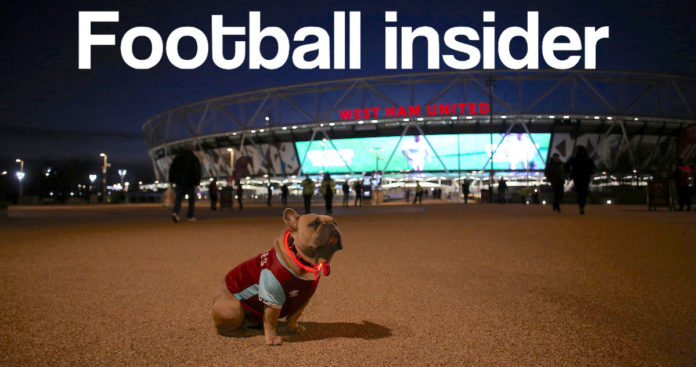 West Ham are reportedly close to confirming a scholarship deal for England Under-16 goalkeeper Daniel Jinadu and it is a top piece of business by the Hammers after seeing off Premier League rivals Tottenham to his signature.

All Nigeria Soccer has reported on their website that West Ham will announce Jinadu, 16, as one of their scholars for next season within the coming weeks after he quit Chelsea and moved to the London Stadium in the January transfer window.

As well as Spurs; Southampton, Leicester, Birmingham, West Brom and AC Milan were all said to be keeping close tabs on the highly-rated young shot-stopper, who has already started to play regularly in the England youth set-up.

He was recalled to the Young Lions side after quitting Stamford Bridge and moving to West Ham and played in games against Russia – who he kept a clean sheet against – and Brazil.

The Hammers’ academy is something that fans truly cherish having welcomed a huge amount of big names to the English game over the years.

And with David Moyes’ first-team struggling for a good option between the sticks, Jinadu could be someone who will eventually force his way into reckoning if he can impress while on his scholarship deal and with the England youth side.

In other West Ham news, Jamie Redknapp has been drooling over this unbelievable Hammers ace and claimed the club will be fighting off bids for him in the summer.