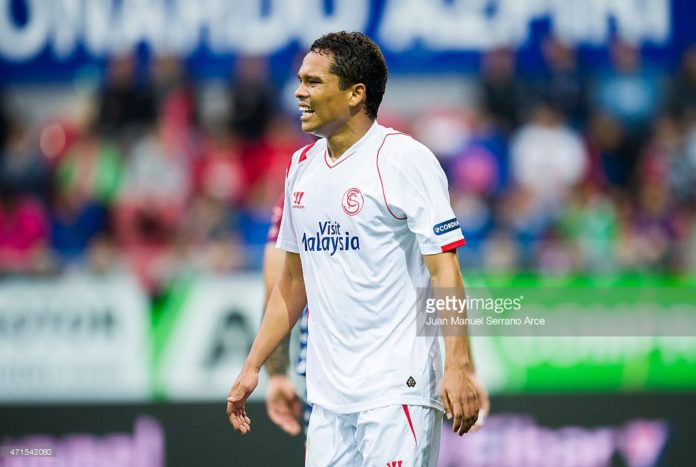 Carlos Bacca has posted a message on Instagram about his excitement ahead of the new season after it emerged that AC Milan had accepted a bid for him from West Ham.

Jack Sullivan, the son of the Hammers co-owner David Sullivan, claimed on his personal Twitter account on Wednesday night that the east London club have agreed a fee with the Italian giants and the Colombia international will make a decision on whether to make the move by Friday night.

It had been reported that the 29-year-old forward was holding out for a return to Spain with former club Sevilla and Spanish big-hitters Atletico Madrid  both showing an interest, but there appears confidence at West Ham that they can seal the deal.

Sullivan junior has become renowned for providing insider information on transfer deals on Twitter shortly before they are announced by the official West Ham media outlets.

The 28-year-old striker posted a picture of himself with a caption that will excite expectant Hammers fans. It said: “new goals, new dreams, new season”.

It has been widely reported that Bacca is rated in the £26million bracket by his current club.

Bacca joined Milan from Sevilla 12 months ago for a fee of around £22million after his release clause was activated and is contracted to the Italian giants until 2019.

Should a fee of above £15.5million be agreed, it would beat West Ham’s transfer record, which is for the purchase of Andy Carroll from Liverpool three years ago.