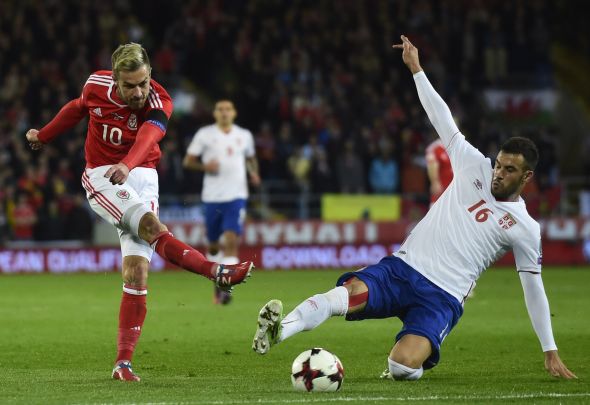 West Ham are set to battle Hull City and Sunderland for the signature of Olympiacos midfielder Luka Milivojevic, according to a report.

The Daily Mail claim Hull boss Marco Silva could hold an advantage in the race to sign the £13million-rated star, after managing Milivojevic before joining Hull.

London Stadium scouts are said to have watched the midfielder play for Olympiacos, as they look to bring in competition for Mark Noble, Pedro Obiang and Cheikhou Kouyate.

Known for his box-to-box efforts in the middle of the park, Milivojevic has starred for the Greek side after his loan move from Anderlecht was made permanent in the summer of 2015.

Winning a league and cup double during his loan spell in 2014-15, Milivojevic then returned to star in a side managed by Hull boss Silva that won the league again in 2015-16.

In the red and white of Olympiacos, Milivojevic has scored 14 times and provided another seven assists in 92 league and cup outings.

Bringing in a player of Milivojevic’s quality and calibre is only going to improve a team like West Ham’s. However, manager Slaven Bilic must first consider if central midfield is his biggest concern at the moment. The Hammers desperately need a new striker after losing Simone Zaza to Valencia, while Diafra Sahko remains sidelined with a back injury. A right-back could also be targeted, while Dimitri Payet’s uncertain future in east London could see the Hammers need a new winger. With funds likely to be tight at the London Stadium after bringing in 12 new players this season, other areas of the side should be strengthened first before signing a central midfielder.