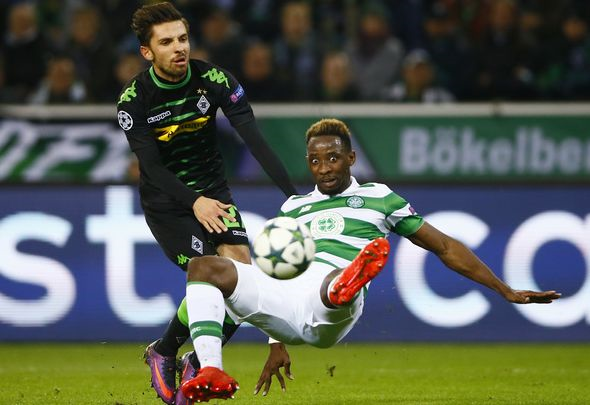 West Ham are interested in signing Borussia Monchengladbach defender Julian Korb, according to a report.

The defence has been an area of real concern for Slaven Bilic this season, and the Hammers boss is prepared to bring in further reinforcements this month.

The Hammers have conceded 35 goals from 21 Premier League games, and have conceded three or more goals in a single game on eight occasions in all competitions.

With Sam Byram out injured for much of the campaign, Bilic has been forced to play Michail Antonio as a makeshift right-back, but he is looking to address that issue by signing Julian Korb.

German outlet Kicker claim that the 24-year-old has been drawing interest from Southampton as well as West Ham.

The former Germany youth international has been a regular in the first-team squad at Gladbach, appearing in 18 matches in all competitions during the first-half of the campaign.

Korb also made a strong impression in their Champions League campaign, where he featured five times against Barcelona, Manchester City and Celtic.

However, the German side have been in poor form in the Bundesliga, and find themselves down in 14th place, with only one win from their last 10 games.

Therefore, Korb may consider a move to the Hammers a favourable option this month, where he would link up with former Gladbach team-mate Havard Nordtveit.

Similar to Nordtviet, Korb could provide Bilic with a number of different options, as he can be deployed in right-midfield and defensive-midfield, as well as in defence.

Despite an impressive display in their 3-0 victory over Crystal Palace on Saturday, West Ham cannot afford to rest on their laurels. There’s a lot going on at the club at the moment, not just the issues surrounding Dimitri Payet, and they still have a lot of work to do to improve on what has been a below-par campaign. Bilic has spent much of his time this month looking for a new goalscorer, but a defender could be equally as important in the coming weeks. They have a clash against Manchester City coming up, who only recently put five goals past them in the FA Cup, and they will be hoping to avoid a repeat result. Korb could be a handy addition – he is young, and versatile – but there may be doubts as to how quickly he could settle in the Premier League. He may be a fairly low-cost option, given his current deal runs out in 18 months’ time, but there could be better options out there at a similar price.

In other West Ham transfer news, the Hammers are set to keep this 27-year-old after David Gold made this Twitter admission.