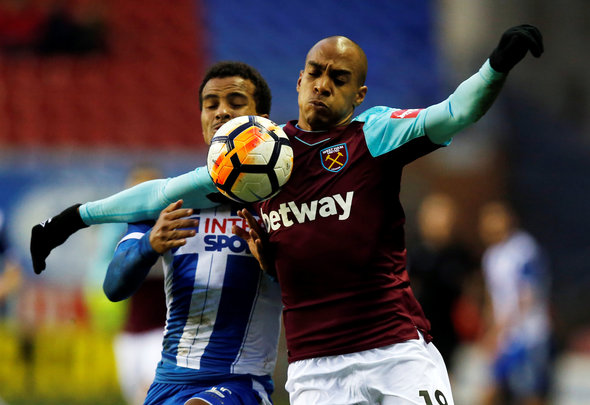 West Ham United will have to fork out £24.6million if they want to make the deal permanent for Inter Milan attacking-midfielder Joao Mario this summer, according to a report.

Calcio Mercato, the Italian media outlet, claim that Inter Milan are looking to sell the 33 times capped Portuguese international but the Hammers would have to meet their valuation.

The 25-year-old’s loan deal at the London Stadium ends in just a few weeks time as it looks increasingly likely he will return to the Serie A giants, rather than stay on in the Premier League.

According to the report, talks are on hold between the Irons and the player who has made eight appearances in total for the club since his temporary switch in January.

With one goal and one assist to his name since his move to the Hammers on loan in the January transfer window, Mario has hardly set the world alight. And yet, he could be an asset to the club. Injuries to key players have been one of the main reasons for the Hammers struggles this season but Mario could prove to be useful due to his ability to play in a number of positions should another glut of casualties come along. The 25-year-old has class which hasn’t been utilised as yet but given another season to embed himself in and Irons fans will really get to see what he can offer them.

In other West Ham news, Leeds must smash West Ham aside in reported swoop for lightning forward – give Heck X factor.