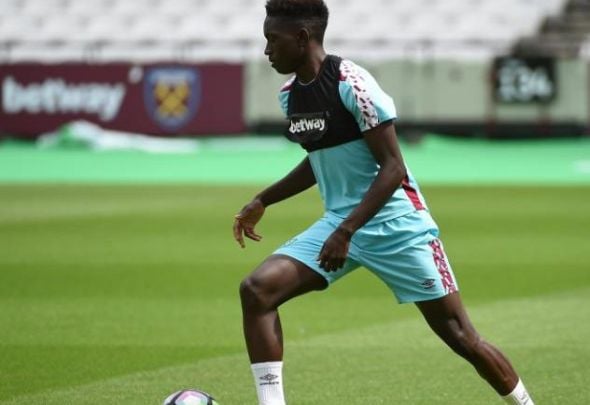 West Ham are willing to listen to offers for young midfield maestro Domingos Quina in January with top flight giants Liverpool leading the chase for his signature, according to a report.

The Daily Mail claim on their website that Hammers boss David Moyes does not see the 18-year-old Portuguese youth international being given game time during the rest of the season and is considering shipping him out in the January transfer window.

It is said that a loan move for the youngster is the most likely deal to be secured in January, although the report also states that West Ham may be willing to offload him permanently to make a healthy profit, after they signed the central midfielder on a free from Chelsea in 2016.

English giants Liverpool are reported to hold “concrete interest” in the youngster and are said to be the side leading the chase with several sides interested in securing the hot prospect.

Quina has made four appearances for the Hammers’ senior side, including two League Cup outings, while he has also appeared on the bench for three Premier League games this season.

The future of young stars is likely to be far from David Moyes’ priorities right now as he looks to secure the club’s Premier League future, but it is something he will have to consider come the January transfer window. The Hammers will likely be fielding several approaches for the likes of Quina, and the manager will be choosing whether they stay, go out on loan or are shipped off permanently. In Quina’s case, a loan deal may suit the player’s development, but if the Hammers are not certain on his prospect, then selling him outright would deliver funds to be reinvested into the senior side. A difficult situation that will have Moyes scratching his head.