Speaking exclusively to Football Insider assistant editor Russell Edge, the former Premier League manager claimed the 25-year-old’s presence in the box has enormously helped the Hammers in the absence of Michail Antonio.

Soucek moved to the London Stadium from Slavia Prague on an initial loan deal in January before the transfer was made permanent for a £19million fee in July. 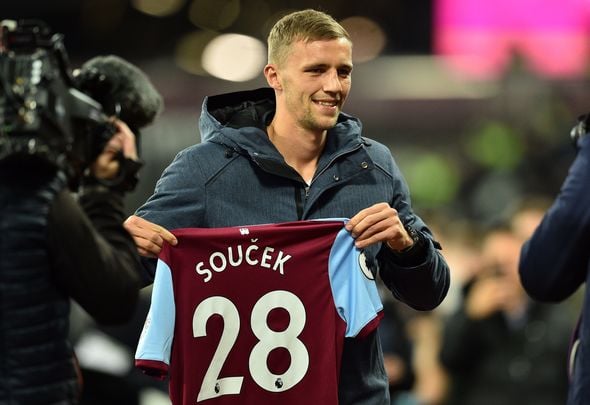 The Czech Republic international has missed just one Premier League game since his arrival and has been an ever-present this season.

He has scored twice this campaign, including the opening goal in West Ham’s 3-1 defeat to Manchester United last week.

David Moyes revealed this week that first-choice striker Michail Antonio is a major doubt for their game against Leeds United as he continues to struggle with a hamstring injury.

Record signing Sebastien Haller has deputised for the 30-year-old this term but has returned just one goal in his last seven league appearances.

McLeish has claimed Soucek could help ease the burden on the Ivory Coast international.

“Guys like Soucek have done such a really good job in the Premier League,” McLeish told Football Insider.

“That’s been a find, that signing.

“He’s such a presence in the air but he’s also got that third-man run as well where he arrives late in the box and people sometimes don’t pick him up.

“These are the kind of things that will help Davey (Moyes) with the fact that he’s lost his main striker.” 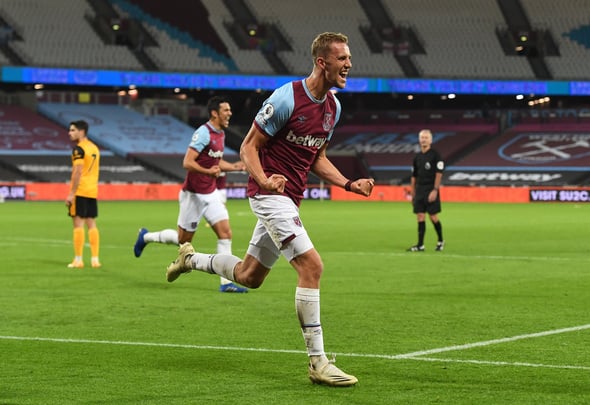 Declan Rice and Soucek have established themselves as David Moyes’ first-choice midfield pair in his 5-2-3 system.

Neither has missed a minute of league action this term and have helped the club climb to eighth in the Premier League.

In other news, West Ham have been tipped to terminate a loan deal within weeks amid a “strange” claim.