Everton defender Leighton Baines will be conflicted over signing a new contract at Goodison Park after his lack of game time this season, according to Michael Brown.

The former Tottenham and Portsmouth midfielder, speaking exclusively to Football Insider assistant editor Russell Edge, believes the 35-year-old will want to play more regularly than he has done this season.

BBC Sport report that the Toffees have offered the left-back a one-year contract extension at Goodison Park, with his current deal set to expire this summer.

However, he has played just six times for the club this season, with just three of those appearances coming as starts in the Premier League.

Brown believes the defender will back himself to perform at a high level and that he will have mixed feelings about not playing as he heads into the final years of his career.

Asked if he thought Baines would be torn over a lack of game time, Brown told Football Insider: “Of course he will, he’ll want to play football because he’ll realise he hasn’t got long left.

“He’ll have to accept that there’s another good left-back at the football club but let’s see – he’ll back himself to get some games, he’ll want to play more, for sure.

“It’s the next step for Leighton Baines, where he wants to be in his career. Does he want to help on the other side of it at all or does he want to walk away from it? What you have got is unbelievable experience with a great temperament.

“I’m not sure he will do the coaching, he might just go on with other things, he’s an intelligent guy but what a player he’s been for Everton.” 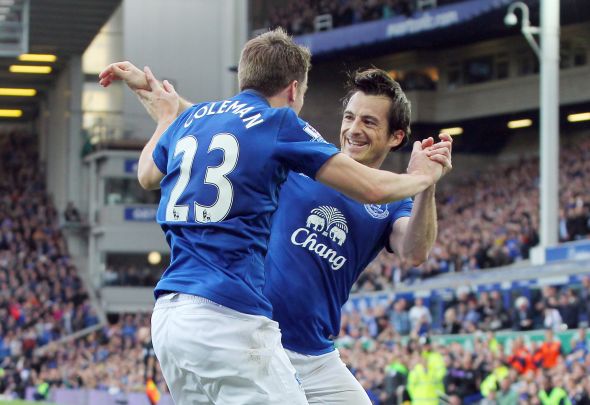 Baines, who arrived at Goodison Park from Wigan back in 2007, has gone on to play 417 times for the Toffees across all competitions.

He also has 30 caps and a single for England under his belt, with his last international appearance coming back in 2015.

In other Everton news, it can be REVEALED a never-before-seen teenager is set for the senior side after blowing Ancelotti away.