Frank McAvennie cannot understand why Sebastien Haller is refusing to celebrate when he scores for West Ham and urged the striker to “show a bit of emotion”.

The Irons legend, speaking exclusively to Football Insider correspondent Dylan Childs, told the 26-year-old to remember that “fans up and down the country live and breathe their football club”.

Haller played the full 90 minutes last night as the Hammers crashed out of the EFL Cup after a 4-1 loss against Everton at Goodison Park. 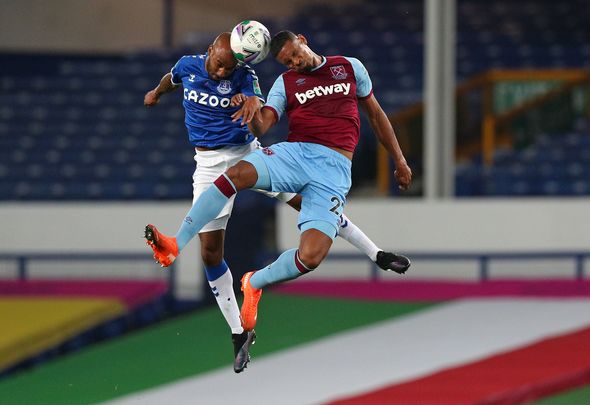 The £45million summer-of-2019 signing is yet to start a Premier League game this season but opened his account in the competition from the bench on Sunday.

However, the French centre-forward did not celebrate the goal and has refused to do so for all five of his strikes in the 2020/21 campaign and reacted similarly on occasion last season.

When asked by Football Insider if anything could be read into this, McAvennie said:

“I do not understand what his problem is. He is over here on big money and you would think he is going to make it.

“I would like to think he is not celebrating because the fans are not in but he was like that even when the fans were in the stadium.

“There is a player in there and a damn good player but he needs to remember that fans up and down the country live and breathe their football club. Show a bit of emotion.”

Haller, who penned a five-year deal upon his arrival last summer, has scored 12 goals in 40 appearances for the London club to date.

Michail Antonio is currently preferred by David Moyes to spearhead the Irons attack.

In other news, it can be REVEALED that West Ham are closing in on centre-back signing after massive new bid.