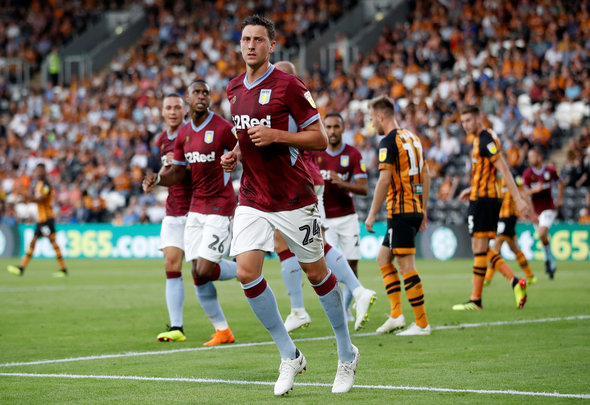 Leeds United missed a trick in not chasing a deal for Tommy Elphick after his contract came to an end at Aston Villa, according to Noel Whelan.

The former Elland Road striker, in an exclusive interview with Football Insider, revealed his disappointment at seeing the defender leave Villa Park for Yorkshire rivals Huddersfield ahead of their return to the Championship.

The Terriers confirmed the 31-year-old’s capture on a free transfer, leaving Villa after helping them return to the Premier League via the Championship play-offs.

However, Whelan admitted he wished it was Elland Road rather than the John Smith’s Stadium that the centre back was moving to, insisting that Marcelo Bielsa’s side could do with his quality and experience at the back.

Speaking to Football Insider Whelan said: “They’ve (Huddersfield) made the signing of Elphick already from Aston Villa which I was hoping Leeds United would go in for but a little bit slow off the mark for that one. I thought he would have been a great signing.

“He did very well in the Championship, he’s a very good centre half. Aston Villa thought they didn’t need him. What Huddersfield have realised is he’s a good, English centre half, knows his job and is perfect for that Championship league.

“Really aggressive, very dominating with centre forwards and I’m very surprised Leeds United didn’t even look at or consider signing him because we need that strength of depth in those positions and we need that experience. I felt like we missed out on a trick on that one, again.”

Elphick, who has a total of 148 games worth of experience in the Championship, was sent on loan to Hull City for the first half of the 2018/19 campaign, returning to Villa Park in January to play a key role in the heart of Dean Smith’s defence.

An ankle injury limited him to just 10 appearances for the Villains, all of those consecutive outings before he was sidelined.

In other Leeds United news, it can be REVEALED that Leeds have made a crucial decision over bolstering their forward line for next season.