Noel Whelan has tipped Marcelo Bielsa to hand Diego Llorente his Leeds United debut if Robin Koch is unavailable against Chelsea on Saturday.

The former Leeds striker, speaking exclusively to Football Insider assistant editor Russell Edge, believes the Whites will need the 27-year-old’s experience to cope with the Blues’ “formidable” attack should his German counterpart be missing.

As revealed by Football Insider on Friday, the 24-year-old is a major doubt for Saturday’s visit to Stamford Bridge after missing a couple of days training with an unspecified problem. 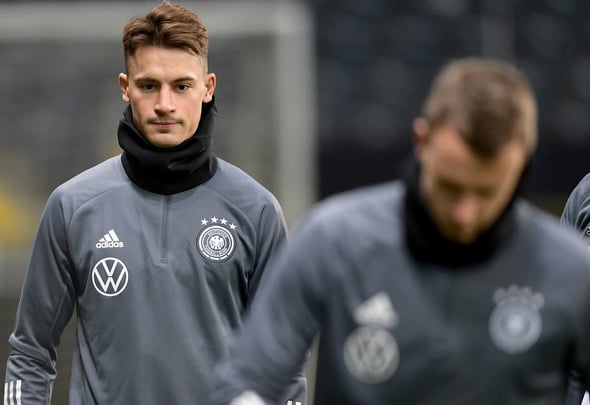 Koch has been an ever-present in the Premier League this season, having been partnered alongside the likes of Liam Cooper and Pascal Struijk.

Bielsa did not deliver an update on Koch at his press conference on Thursday, but he confirmed Llorente was in contention to play.

However, the manager admitted he would rather give the 27-year-old some minutes with the under-23s before bringing him into the first team.

However, Whelan believes the Argentine boss may have to compromise on what is best for the Spain international and throw him in against Chelsea on Saturday.

Whelan told Football Insider: “There is the one worry with Robin Koch but whether he goes with the young lad Struijk or goes for a bit more of an international, experienced player who might not be fully fit but might just have to be thrown into the deep end.

“Right now he doesn’t really have too many options and it’s gonna be difficult, we’ve got the international players all over the field, attacking-wise they’re very, very dangerous.

“I think, right now, it’s a tough decision but if Llorente feels that he’s up to playing, then I think we’ve got to go with Llorente.

“I think we need that kind of quality at the back, that experience, against Chelsea and their formidable forward line so I would be tempted to put him straight in if Robin Koch is not fit.”

Llorente, who joined Leeds from Real Sociedad over the summer, is yet to play for the Whites and has been an unused substitute just once due to injury.

In other Leeds United news, value of senior star tipped to skyrocket after “incredible” transfer reveal.