Noel Whelan has tipped Leeds United to prioritise the signing of a new left-sided defender in the summer transfer window.

The former Leeds striker, speaking exclusively to Football Insider, believes the Whites are still trying to fit “round pegs in square holes” with the likes of Ezgjan Alioski and Stuart Dallas playing as wing-backs this season.

Speaking to Sky Sports at the end of last month Leeds owner Andrea Radrizzani confirmed the club were very much focused on transfer business towards the summer.

The Whites splashed the cash on the likes of Rodrigo, Raphinha, Robin Koch and Diego Llorente last summer but do not look like bringing any new faces in before Monday’s transfer deadline.

Whelan believes a left-sided defensive player will be among Leeds’ top priorities and suggested Alioski was at risk of falling down the pecking order as a result.

“I expect them to go and get somebody that fits the bill properly, a real left wing-back, that’s what we’re missing,” Whelan told Football Insider.

“I think Alioski would be further down the pecking order. We can’t be putting round pegs in square holes all the time. I think we need to go out and get a natural left-sided player for that wing-back role.

“There’s no point rushing into signings in a window that’s very difficult, even more difficult now when there’s not much money coming in.

“You’ve got to pay for certain bills in a football clubs to keep it running sustainably, and you’re not going to get the players you really want and that’s the key. There’s no point buying someone that’s going to be average or second choice or third choice.” 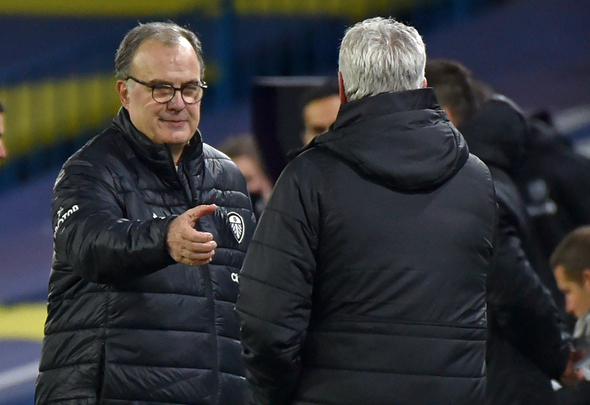 Dallas has been Leeds’ primary left-back option so far this season, although the Northern Ireland international has filled in as a right-back and a central midfielder as well.

Leeds allowed Barry Douglas, a recognised left-back, to join Blackburn Rovers on loan last summer, with the Scotland international’s contract set to expire at the end of the campaign.

In other news, ‘It’s Leeds United, you can’t do it sensibly’ – Football Insider pundit reacts to huge news from Elland Road.