Noel Whelan insists that Leeds United will be working “very hard” on signing another midfielder after a deal for Michael Cuisance fell through.

Speaking exclusively to Football Insider assistant editor Russell Edge, the former Leeds striker insists that Marcelo Bielsa needs to add more bodies to his squad before Monday’s deadline and that they will have a “plan B” in the pipeline.

As detailed by the Athletic’s Phil Hay, Leeds’ move for Cuisance collapsed after a scan uncovered an underlying foot problem the club were not willing to take a risk on.

It looked like new signing number four for Leeds United – but the Michael Cuisance deal is off.

With just days to go until the transfer window slams shut, Whelan insists that the Whites will be working on getting another midfielder through the door.

“Now they’ll have a plan B and another option of a player that they had in mind that they can now pursue,” Whelan told Football Insider.

“We do need more strength in depth and we need competition for places, we are light in certain areas. Even in the wide areas, where you lose Jack Harrison, you’ve got Alioski coming in, yes, but bar that, we don’t really have anything else.

“There is work to be done, I’m sure they’re working hard, hopefully they’d have a contingency plan in place.” 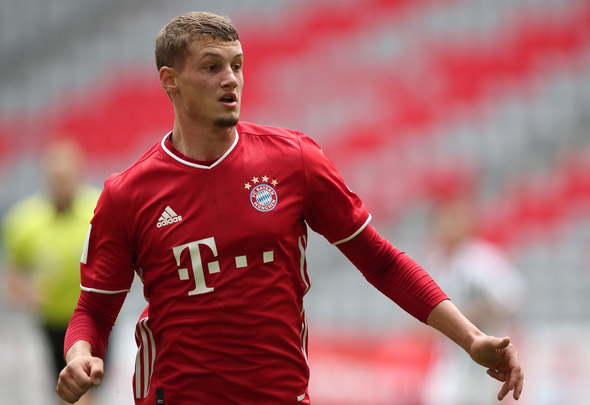 Cuisance, who can feature as both a central and attacking midfielder, joined Bayern last summer but managed to start just three games.

Marcelo Bielsa currently has the likes of Mateusz Klich, Kalvin Phillips and Jamie Shackleton to call on in the middle, while Pablo Hernandez, Tyler Roberts and Rodrigo have all played in a number 10 role this season.

In other Leeds United news, the Whites are reigniting a collapsed move with a £25million bid.