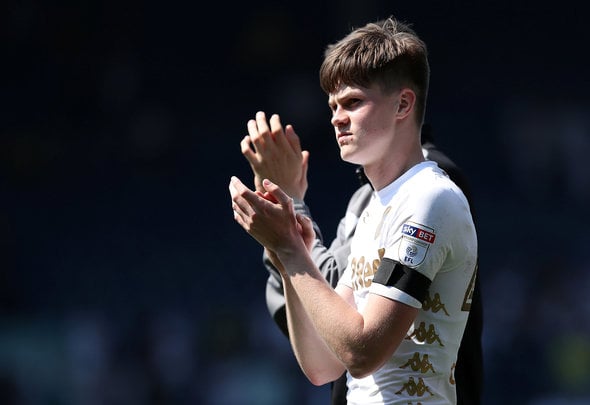 Leeds United defender Tom Pearce needs to return to training “all guns blazing” if he is to avoid being shipped out on loan this summer, according to Noel Whelan.

Speaking exclusively to Football Insider, the former Whites striker said that the quality of fellow left backs Ezgjan Alioski and Barry Douglas means that the young academy graduate has got to make a mark when the squad meet up for pre-season.

Pearce, 21, made his first team breakthrough under Paul Heckingbottom in 2018 but after making just two Championship appearances under Marcelo Bielsa, was shipped out on loan to League One Scunthorpe.

Having featured just nine times in the third tier, Whelan insists that another temporary move is on the cards if he cannot make an impression on the training ground.

“He’s definitely got come back and he’s got to come back firing,” Whelan told Football Insider.

“You’re trying to oust Alioski, who was excellent up until that final three, four games where he got injured. He was keeping out Barry Douglas, who was promoted the season before with Wolves, so you’ve got two really, really good left wing backs that can play box to box with good quality.

“He’s got to come in all guns blazing to show the manager he’s not worth to be loaned out and he’s definitely needed at the football club. If he can’t do that, he will be loaned out again, it’s as simple as that.”

Pearce has a total of 10 senior appearances under his belt for Leeds, his only goal coming in a 2-1 win against Barnsley back in April 2018.

In other Leeds United news, Danny Mills insists one Leeds first teamer is playing a “dangerous game” under Marcelo Bielsa.