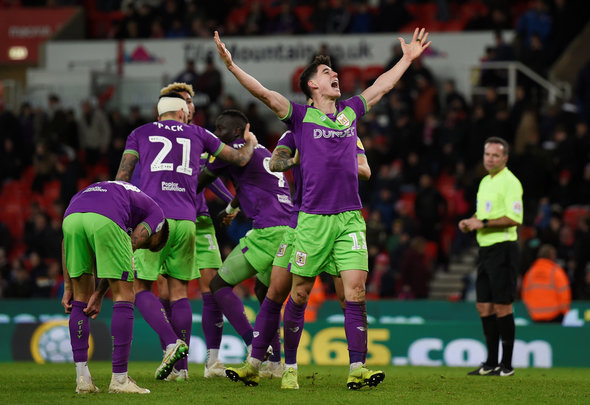 Bristol City winger Callum O’Dowda would be a great signing for Leeds United and he might want to step up his career with a move to Elland Road, according to Noel Whelan.

The former Leeds ace and lifelong fan, speaking exclusively to Football Insider, says that the 24-year-old Republic of Ireland international would be a much-needed addition to Marcelo Bielsa’s side, highlighting the importance of wingers in the Argentine’s tactics.

O’Dowda, who was linked with Leeds during the January transfer window, is reported by Football League World to have his heart set on a move to Elland Road, turning down multiple contract offers at his current side.

With the Whites said to be looking at reigniting their interest, Whelan says he would be a great addition to the side and that if it came down to the 15-cap international or a return for Jack Harrison on loan, there would only be one winner.

Speaking exclusively to Football Insider, Whelan said: “It’s not the first time we’ve been linked with O’Dowda is it? Last season we were, never came off. Look, he’s a talent for sure. He’s come from a good background with Bristol City where they like to play football, play with wing players as well.

“I think he’d be a very good signing if we get hold of him. We do need strength, we do need players who are going to be a difference and give us that quality we need. Our wing play was excellent last season, he’d give us that option and that strength. We do tend to play very wide, he’s a very good player and I’m sure that’s why Bristol City want to offer him a new contract.

“Leeds United is a bigger club than Bristol, he might want that change, he might like the way Leeds United play because he’d be very, very important to the side.”

Asked whether he’d rather have Harrison back on loan from Manchester City or O’Dowda, Whelan said: “If it’s a permanent signing in O’Dowda, then I’d prefer permanent signings. Can we afford him, have we got the money there to spend? Probably not.”

O’Dowda featured 35 times for Bristol City last season, scoring five goals and chipping in with five assists across all competitions.

In other Leeds United news, it can be REVEALED that Leeds have made a crucial decision over bolstering their forward line for next season.