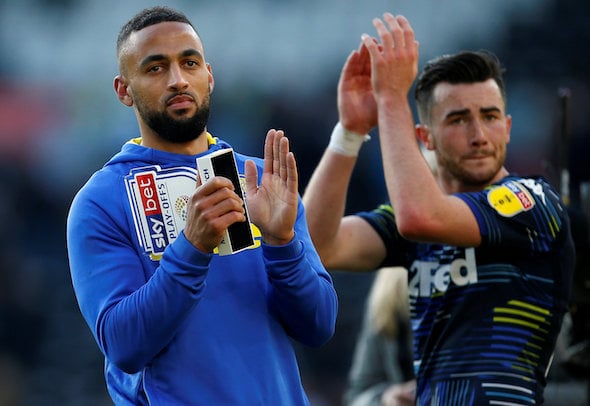 Noel Whelan is “concerned” that the future of Kemar Roofe at Leeds United is up in the air as he seeks a bumper new deal and insisted he is a “player we don’t want to lose”.

United face a major battle to keep their 15-goal top scorer from last season as he is about to enter the final 12 months of his contract and is not close to agreeing extended terms.

Football Insider revealed earlier this month that Roofe wants pay parity with Leeds’ top earners as he seeks a £30,000-a-week deal amid interest in his services from Premier League new boys Aston Villa.

Asked if he is concerned by the Roofe impasse, Whelan told Football Insider. “Yes, I’m very concerned about the contract talks. It’s important to keep him.

“He needs to bag more goals and that means going to the next level and scoring 20 goals or more in the Championship. Who he cut it in the Premier League? I’m not sure, no-one knows that.”

Roofe finished as Leeds’ top scorer last season with 15 Championship goals despite missing a major chunk of the campaign with a calf injury during the autumn and then a knee problem sustained in February.

He signed from Oxford United for around £3million in the summer of 2016 on a four-year contract.