Noel Whelan has admitted Pascal Struijk is incredibly unlucky to have lost his place in the Leeds United starting XI.

The former Leeds striker, speaking exclusively to Football Insider, insisted the 21-year-old would still be in the side were club captain Liam Cooper not fit and available.

Speaking to BBC Radio Leeds, Cooper claimed Struijk had been “unbelievable” in his absence and admitted he did not expect to walk straight back into the line-up.

Struijk started 15 out of 16 games before he was dropped.

Marcelo Bielsa brought Cooper back into the side against Fulham after recovering from a bout of Covid-19.

Whelan admitted Struijk was unfortunate to lose his place after his recent performances.

However, he suggested the young enforcer was now Bielsa’s third-choice centre-back behind Cooper and Diego Llorente.

Asked if he thought Struijk was unlucky to lose his place, Whelan told Football Insider’s Russell Edge: “Oh absolutely. A million per cent. I mean it’s quite incredible but this is what Marcelo Bielsa does sometimes, surprises you.

“You think how many times he has kept the same team after good performances and winning performances. To go and change it straight away is a surprise.

“I think if it was somebody else other than Liam Cooper, the club captain, that would not have happened.

“I think he sees the benefit of having Liam Cooper in the side. We saw that against Sheffield United with his performance. It didn’t look like he’d been out for two weeks, straight back into the fold.

“There’s going be a different competition on Saturday with the strikeforce that Man City are going to throw at them. He’s going to need to be fully at his game, as is Llorente.” 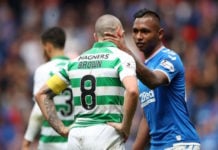 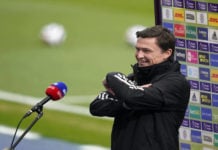