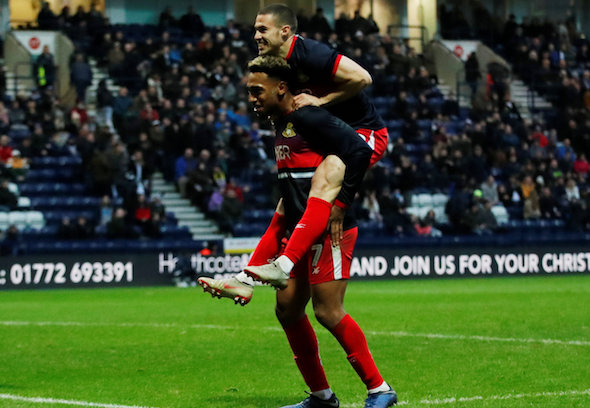 Noel Whelan has urged Marcelo Bielsa to make Mallik Wilks the “exception” among the loaned-out Leeds United players and promote him into the first-team fold.

Speaking exclusively to Football Insider, the ex-United striker explained he is a big admirer of the home-grown forward and tipped into to be a star under Marcelo Bielsa’s shrewd management.

Wilks spent the 2018-19 season on loan at League One club Doncaster Rovers and made a big impact, scoring 16 goals and supplying 12 assists from 55 matches in all competitions.

“I’m a big believer that if you send a player out on loan it’s because the manager doesn’t think he’s right for the football club but Wilks, he is an exception because he is a goalscorer,” Whelan told Football Insider.

“He has a decent scoring record in League One and can maybe force his way into the Leeds team. We only have two natural strikers, Kemar Roofe and Patrick Bamford, and we need more than that.

“Wilks has scored a lot of goals at Doncaster, got well into double figure, and has got really good experience out on loan in the last two seasons.

“He can play down the middle and on both flanks, and that’s what Bielsa likes. He could be a really good player for Leeds United, Bielsa can make him a star.

“I know it’s a different level, playing in League One compared to the Championship, but Wilks is young and will get better. He’s definitely got something.”

Wilks has made only one senior Leeds appearance, which came when Garry Monk was manager, since graduating from the club’s youth ranks.

But the 20-year-old, who played predominantly as a left winger at Doncaster, is a versatile attacker and has scored goals in both League One and League Two while on loan.

In other Leeds United news, it can be REVEALED that the club have made a big promise to a key player during negotiations as he jets out on holiday.