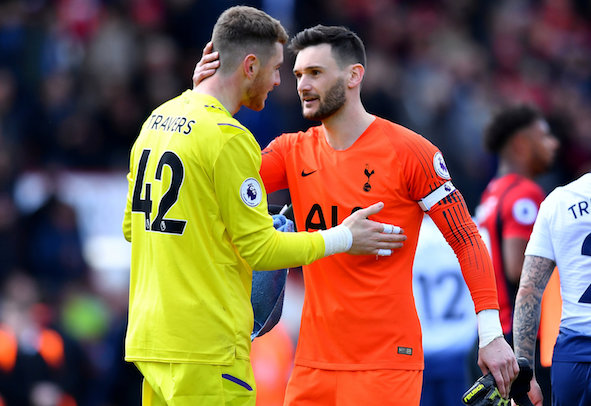 Leeds are scouting for a new keeper again this summer amid doubts over the futures of number one Kiko Casilla and his deputy Bailey Peacock-Farrell, who has threatened to quit if he is not given first-team assurances for next season.

As reported by Football Insider, Travers is on the United target list and the club are ready to table a loan offer to Bournemouth for the 6ft 3in Republic of Ireland youth international.

“Leeds will be in the market for a keeper,” Whelan told Football Insider. “They are looking at the Bournemouth keeper Travers on loan and Eddie Howe has given him a rave review.

“He seems pretty pleased with the young man and the way he has developed. He definitely has something, and it looks like he’s really special. Bournemouth have quality players and he was good enough to be part of their squad last season.

“He was also named man-of-the-match against a good Tottenham side at the end of the season, which shows he has the right temperament.”

Travers made two senior Bournemouth appearances at the back end of last season, but veteran Artur Boruc has signed a contract extension and the club are keen on signing Stoke City’s Jack Butland as their new number one.

There could also be major changes to the Elland Road keeping roster.

“Leeds are looking at a replacement because it seems that Casilla will be going back to Spain,” Whelan added to Football Insider. “We could have two quality young keepers next season, with Travers and Peacock-Farrrell.”