Injured Leeds United duo Diego Llorente and Robin Koch will struggle to walk back into the XI due to the “excellent” Pascal Struijk.

That is the view of former Whites striker and boyhood Elland Road fan Noel Whelan, speaking exclusively to Football Insider about the 21-year-old following a string of fine performances in central defence.

Struijk has lined up alongside club captain Liam Cooper in recent matches with blockbuster 2020 signings Llorente and Koch long-term absentees.

Leeds lost 2-1 at home to Everton on Wednesday night after their emphatic win over Leicester City last weekend.

Llorente limped off with a hamstring injury on his full debut against Newcastle United last month while Koch faces at least another month out after undergoing knee surgery in December.

Asked by Football Insider what he has made of Struijk’s performances in defence, Whelan said: “He’s been excellent and he’s a player now.

“If he carries on the way he’s going, Koch and Llorente will struggle to get back in. 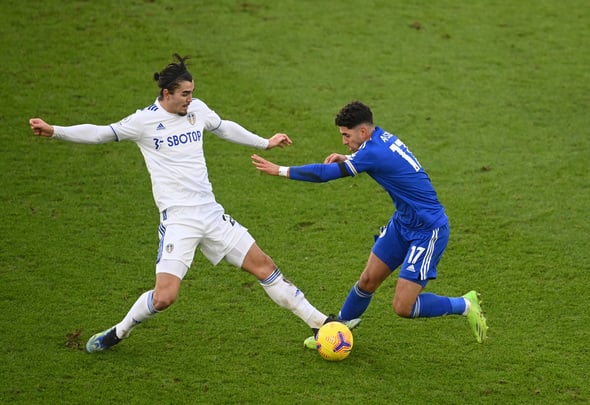 “If you look at Struijk, he’s now forming a nice little partnership there with Liam Cooper. The two of them were excellent at the weekend. Both were trying to dominate their counterpart, Ayoze Perez. I think Perez is still feeling the effects of some of the challenges he had to take. He was never left alone by Struijk. If he went into midfield, Struijk went with him.

“He’s growing in confidence massively. There’s a lot of people out there that are very impressed with him at centre-half right now and are beginning to forget about Koch and Llorente being injured.”

In other news, Darren Bent has shared his verdict on Leeds United injury news after speaking to Jack Harrison.