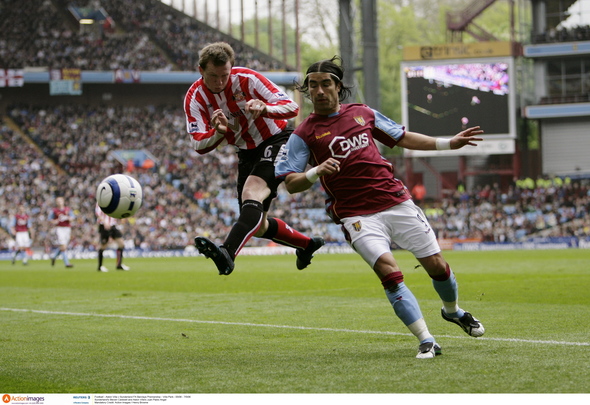 The Colombian striker, who retired from professional football in 2015, was the most recent Villa player, other than Christian Benteke, to score more than 20 goals in a season.

Therefore it is no surprise that Angel is still a Holte-End hero at Villa Park, with his silky style and regular use of headbands still fondly remembered on the terraces.

Now 41, one of Angel’s most memorable moments in a claret and blue shirt was hit a stunning strike against Chelsea in the League Cup, where he skipped pass William Gallas and John Terry to score a remarkable goal.

During his time at the Midlands giants, Angel went on to score 49 goals in 186 games for the club, before leaving to join MLS side New York Red Bulls in 2007.

His goalscoring touch did not elude him in America’s biggest league as he scored 72 goals in 152 games for three different clubs.

The former Colombian striker, who scored nine goals for his country, then returned to his roots at Atlético Nacional where he lifted the league title before retiring.

His character, presence and ability on the pitch is still missed as he could rightfully claim to be on of the best strikers to have graced the Villa Park turf in the last two decades.

Now, the Colombian is happily enjoying life away from football since retiring as you can see him remembering his glory years on his personal Twitter account.

He did reveal in 2015 that he is considering going into coaching, but Angel has not made that move yet.

In other Aston Villa team news, former manager John Gregory has posted this Twitter message which will delight supporters.