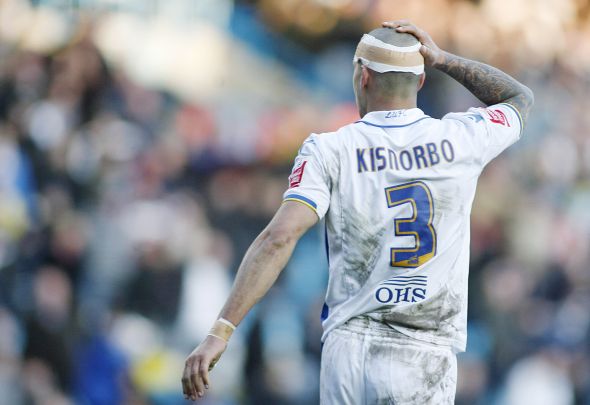 Patrick Kisnorbo was considered a fan favourite by Leeds fans during his four-year stay at Elland Road, but where is he now?

The Australia international was synonymous with the white bandage that was draped around his forehead during his time at Elland Road, with injuries and warrior-like performances gaining the admiration of Leeds fans.

Kisnorbo’s hardman reputation was developed at a young age, as he turned out for seven separate sides during his youth.

Finally making his professional debut in 2000 for South Melbourne aged 19, it did not take long for Kisnorbo’s rock-solid displays to earn a move to Europe.

Scottish Premiership team Hearts chanced their arm on a 22-year-old Kisnorbo, and the commanding centre back did not disappoint. 64 appearances in two years, came as he earned a regular spot in the Socceroos side.

His stock kept rising and in 2005 Leicester City decided to give Kisnorbo his first taste of English football.

It suited Kisnorbo perfectly. Standing at 6ft 2in, Kisnorbo’s physicality and willingness to put his body on the line saw him become an integral part of the Foxes side, as he made 140 league and cup appearances in four seasons.

Despite troubles with his knees, Kisnorbo continued to excel with the rigours of English football, as Yorkshire giants Leeds came calling.

Kisnorbo’s highlight in a Leeds shirt came against Manchester United. Alongside fellow stopper Richard Naylor, Leeds knocked out their bitter rivals 1-0 at Old Trafford with a Jermaine Beckford goal.

At the end of his first season with Leeds, Kisnorbo won the Leeds’ Player of the Season award as Simon Grayson’s side gained promotion to the Championship.

Injury began to take its toll, though. Just 20 league appearances in the next two seasons meant Kisnorbo was sent on loan to Ipswich, but injury restricted him to just three appearances. Enough was enough.

The 35-year-old returned to Australia with Manchester City’s newly-formed feeder club, Melbourne City who boast the likes of Thomas Sorensen and Tim Cahill.

After 72 appearances, Kisnorbo retired and took up the role as assistant manager of the side’s youth team alongside one-time Aussie international Joe Palatsides.

With a promising future in management, could we see Kisnorbo in the dugout at Elland Road?

In other Leeds news, here are three reasons why Leeds should sign this centre-back.